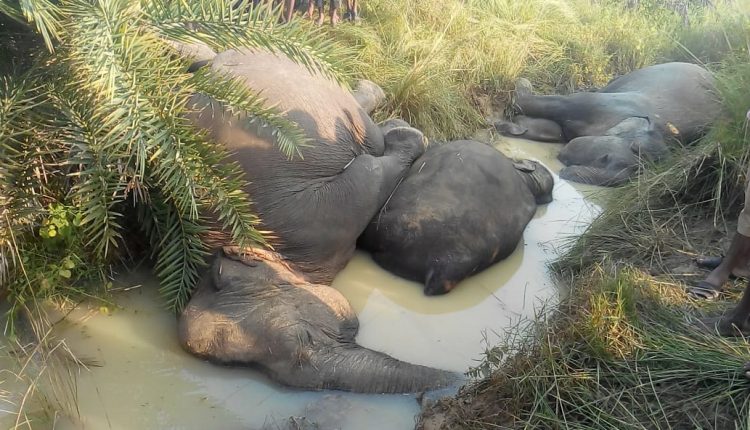 Bhubaneswar: The National Green Tribunal (NGT) today registered a Suo Motu case against the Central Electricity Supply Utility (CESU) and imposed a penalty of Rs 1 crore on the power distribution company for its alleged negligence that led to the death of seven elephants in Odisha’s Dhenkanal district this month.

Based on the media reports, a bench headed by NGT Chairperson Justice Adarsh Kumar Goel today held CESU responsible for the jumbo deaths in Odisha and pronounced the judgement.

Earlier on October 28, Chief Minister Naveen Patnaik had ordered a Crime Branch probe into the incident. A five-member team of the Crime Branch will submit a report to the State Government after the investigation.

On October 26 night, the jumbos including a calf, had died of electrocution after coming in contact with a live wire on the outskirts of Kamalanga village under Sadar Forest Range in the district.

Three officials each from Forest Department and CESU were later suspended in connection with the incident.