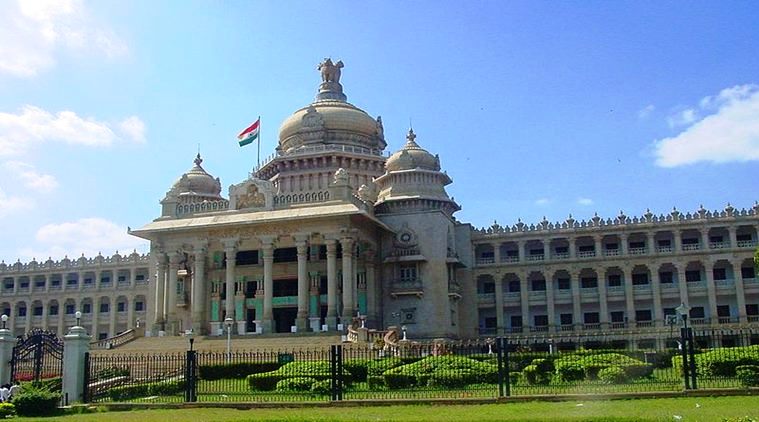 Bengaluru:  Karnataka on Sunday celebrated 65th year of its formation day “Rajyotsava” when it was carved out as a separate state on November 1, 1956 in southern India.

“Chief Minister B.S. Yediyurappa hoisted the state flag in yellow and red colour and inaugurated the day-long celebrations at Sree Kanteerva stadium in the city centre, keeping in view the Centre’s guidelines to contain the Covid pandemic,” an official said.

Owing to restrictions on large gathering in public places, only 100 people were allowed to participate in the main function, which was subdued and simple.

The Chief Minister and other leaders also made floral offerings to Hindu goddess Bhuveneshwari, considered as the mother of the southern state.

In the reorganisation of states across the country, Karnataka was formed by joining Kannada-speaking areas in the Deccan plateau spanning the erstwhile princely Mysuru region in the Madras Presidency, northwest region in then Bombay province, northern region in then Hyderabad state and Malnad region in the state’s central part.

Though the state was originally christened as ‘Mysore’, it was re-named as Karnataka on November 1, 1973 to give a distinctive identity.

The state flag was also hoisted on rooftops of offices, houses and public buildings in cities and towns across the state.

The state government has also selected 60 personalities in 35 diverse fields across the state for honouring them with the Rajyotsava civilian awards for this year (2020).

Among the awardees are Supreme Court counsel K.N. Bhat who represented Hindu deity ‘Ram Lalla’ in the Allahabad High Court and noted Konkani poet Valerian D’Souza, who is also known by his penname Vally Vagga.