Hamilton: India skipper and one of the most loved cricketing personality Virat Kohli has now shared a new image of him giving his opinion that ‘life is a blessing’.

After winning the ongoing five-match T20I rubber, with two games to spare, Kohli decided to spend some time with nature, away from his cricketing duties.

In an image shared by himself on Instagram, Kohli is seen sitting on the stairs near a lake in a picturesque location and captioned it — ‘Life is a blessing.’ 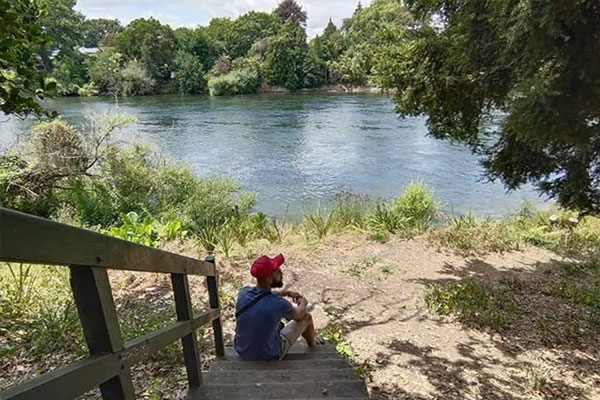 Earlier on Wednesday, run-machine Kohli added another feather to his cap on when he surpassed former skipper M.S. Dhoni to score most runs in T20Is as India captain.