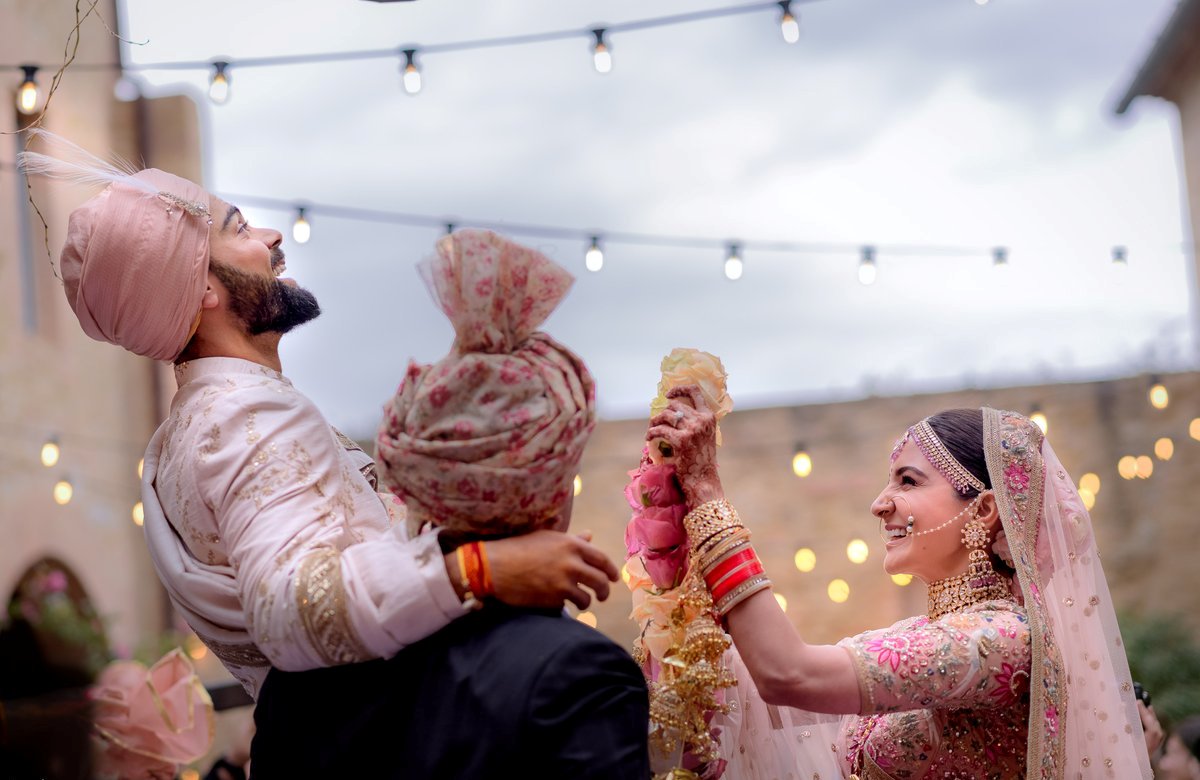 Mumbai: From megastar Amitabh Bachchan and ace filmmaker Karan Johar to master blaster Sachin Tendulkar and tennis star Sania Mirza — a host of celebrities from the Indian film and sports world got together in wishing a happily ever after to newly weds actress Anushka Sharma and cricket hero Virat Kohli.

Their nuptials — yet another union of Bollywood and cricket — were a close-knit family affair in Tuscany, Italy on Monday afternoon. They announced their new relationship status on social media, where congratulatory messages poured in soon after.

Veteran actor Amitabh Bachchan tweeted: “Virat and Anushka, wishes and blessings on this most auspicious day in your lives. Happiness and togetherness ever.”

Karan sent out “tons of love” to the “beautiful couple”, and added: “I wish them and their loved ones the best years ahead.”

The Board of Control for Cricket in India (BCCI) congratulated the couple and wished them “a very happy married life”.

Tendulkar said “Virushka” — an amalgam of Virat and Anushka’s names — “look wonderful together”.

Sania went “awee” on the couple’s endearing photographs, and tweeted: “Congratulations you two… You look lovely and so so happy. Wish you all the happiness in the world.”

The wedding was solemnised as per Hindu rituals at 2 p.m. in Italy with the bride and groom looking resplendent in ensembles by celebrated couturier Sabyasachi Mukherjee.

The couple, who has been together for four years, is said to have chosen a luxury heritage resort Borgo Finocchieto, a little over 100 km away from Florence, for their nuptials.