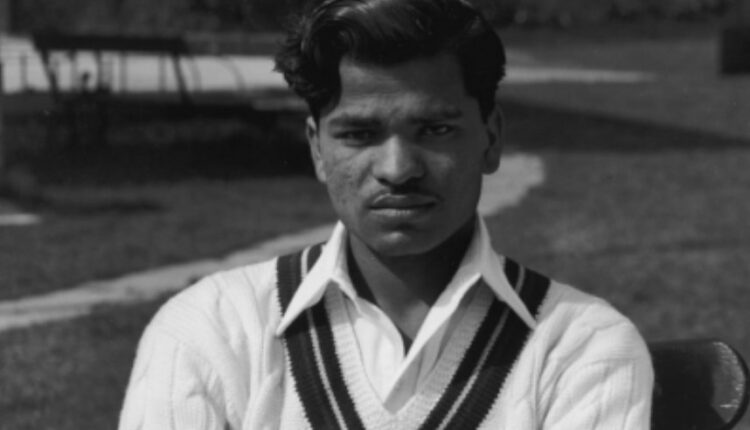 Bridgetown (Barbados): Legendary West Indies spinner, Sonny Ramadhin, who was one of the mainstays of the Caribbean sides of the 1950s, has passed away at the age of 92.

A right-hand bowler, who could bowl both off-spin and leg-spin without any major change to his bowling action, became a mystery for opposition batters when in his prime. Ramadhin bowled with his cap on and always had the sleeves of his shirt buttoned all the way down — another reason for him to stand out as if the tricks with the ball weren’t enough.

It’s an interesting story how KT ‘Sonny’ Ramadhin earned his name, both in and outside of cricket. The story goes that Ramadhin’s birth certificate had no name and just ‘Boy’ written on it. Since then, everyone started referring to him as Sonny. Later, when he travelled to England for the first time to play his debut Test in 1950, he got new initials and became KT Ramadhin, though only for a while, according to ICC.

His voracious appetite for wickets saw him account for 758 batters in 184 first-class games at an average of 20.24, with his best being 8/15. He took a mind-boggling 51 five-wicket hauls in an innings and 15 ten-wicket hauls in matches.

“The kids at school had called me Sonny so I adopted that. But when I got to England, they insisted that nobody could go through life without initials. The next time I picked up the paper I’d become KT Ramadhin. I never did find out what my new English names were supposed to be,” Ramadhin said once.

He announced his arrival into the international circuit in 1950 with a sequence of match-winning performances. After playing cricket at school and club level, Ramadhin, a 20-year-old youngster from Trinidad, impressed the selectors enough to be picked for the West Indies’ tour of England — a four-match Test series, according to ICC.

Prior to that, he had featured in only two first-class matches in which he took 12 wickets for 19.25 runs apiece.

On his Test debut in Manchester, he proved worthy of the confidence the selectors had shown in him with his wicket-taking skills. This was the start of a wonderful journey.

For the Windies, the bowler that stood out in the first Test was another spinner — left-armer Alf Valentine, who also made his debut in the same match. While Ramadhin finished with four wickets, Valentine bagged 11 wickets even as England won by 202 runs.

Although the Windies lost the opening Test on an Old Trafford surface that assisted spin, they fought back and cruised to a 3-1 series win, thanks to their newly-formed spin attack.

In the second Test, at Lord’s, it was Ramadhin who replicated Valentine’s wicket tally of 11. Together, they picked up 18 wickets. With such great numbers came a great victory for the Windies — their famous first-ever Test triumph at Lord’s.

The popular Calypso song ‘Victory Test Match’ was penned down by Lord Beginner following the celebrated Lord’s Test win, which had Sonny and Alf in the refrain: “With those two little pals of mine, Ramadhin and Valentine”.

The Windies won the third Test by 10 wickets and the last one by an innings and 56 runs. The two players that shone were Valentine and Ramadhin, who topped the wicket-takers chart, finishing the series with 33 and 26 wickets respectively, according to the report.

That series was the beginning of Ramadhin’s 10-year international career.

He went on to feature in 43 Tests and finally retired after playing his last game against Australia in Melbourne. He finished his career on a high, with 158 wickets at an average of 28.98, and at the time he held the record for most Test wickets for the Windies.

The ICC said in a statement that, “Ramadhin will always be remembered as one of the great Windies spinners and a unique reference point for generations to come.”