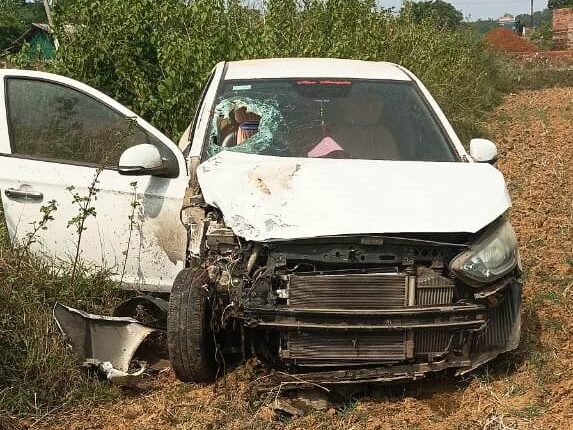 Khordha: In an unfortunate incident, a man and his son were killed in a road mishap on Chakapada-Tikatal road under Begunia police limits in Khordha district today.

Reportedly, Madhusudan Das and his son Kshirod Das were heading towards Khordha from Bolgarh on a motorcycle at around 10 am today.

The accident took place when their two-wheeler had a head-on collision with a speeding car coming from the opposite direction. While Madhusudan died on the spot, his son succumbed to injuries while being rushed to a nearby hospital. The collision was so intense that front portion of the car has completely been damaged.

On receiving information, a police team reached the spot and sent the bodies for post-mortem. The cops also initiated an inquiry in this connection.