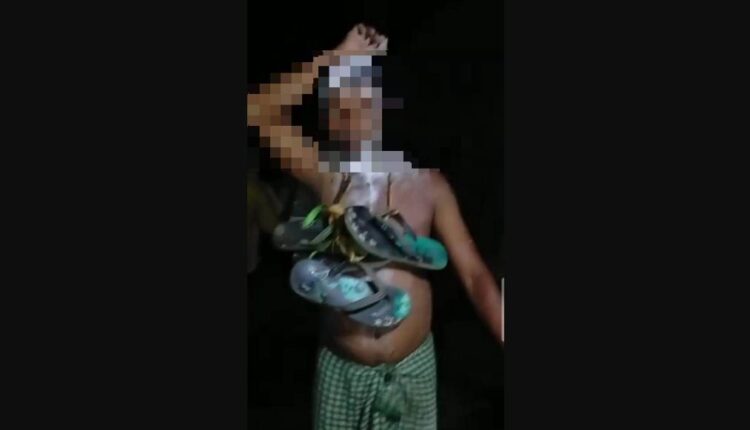 Bhadrak: A man was allegedly tonsured and forced to drink urine by some locals at Baunsabag village under Tihidi police limits in Odisha’s Bhadrak district last evening.

As per a complaint lodged by the person’s wife with police, a group of people arrived at his house and ransacked his motorcycle parked at the veranda. Later, they tied him with a rope and thrashed him mercilessly. The attackers dragged him on the village road, smeared his face with lime, tonsured him, and garlanded him with shoes, she alleged in the FIR.

She further alleged that some of the locals urinated on his face and forced him to drink the urine as he sought water. Acting on the complaint, police have registered case against 17 persons, including some women.

The incident was a fallout of past enmity, reports said.

District Collector Gyana Das has directed the local Tehsildar and Tihidi police station IIC to investigate into the matter.

“The victim was earlier arrested for attacking a person and later released on bail. In order to settle scores, some of the locals assaulted him at the village last evening,” said Tihidi police station IIC Ramesh Chandra Singh.