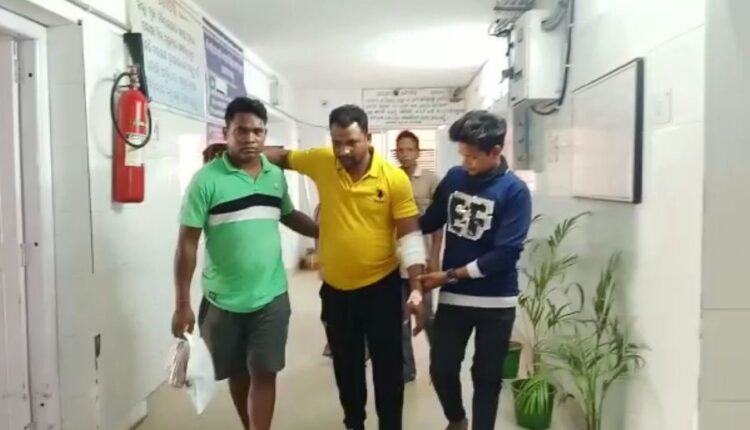 Balasore: Unidentified miscreants allegedly attacked a constable of Excise Intelligence & Enforcement Bureau and freed an accused from the custody at Turigadia under Khaira police limits of Balasore district, today.

The constable sustained critical injuries in the incident and was hospitalised.

According to reports, constable Basant Mallick had nabbed the accused and seized his scooter near Mahatipur over the latter’s involvement in an offence.

While Mallick was returning with the accused on the two-wheeler, around six miscreants, suspected to be liquor mafia, intercepted the vehicle at Turigadia.

They thrashed Mallick and freed the accused. The constable was rescued and admitted to the Khaira Community Health Centre for treatment. He was later shifted to the Balasore District Headquarters Hospital.

A complaint in this regard has been lodged at the Khaira Police Station.

Police have started an investigation into the incident while efforts were on to identify and apprehend the attackers.

BJD urges Centre to procure all surplus paddy from Odisha,…