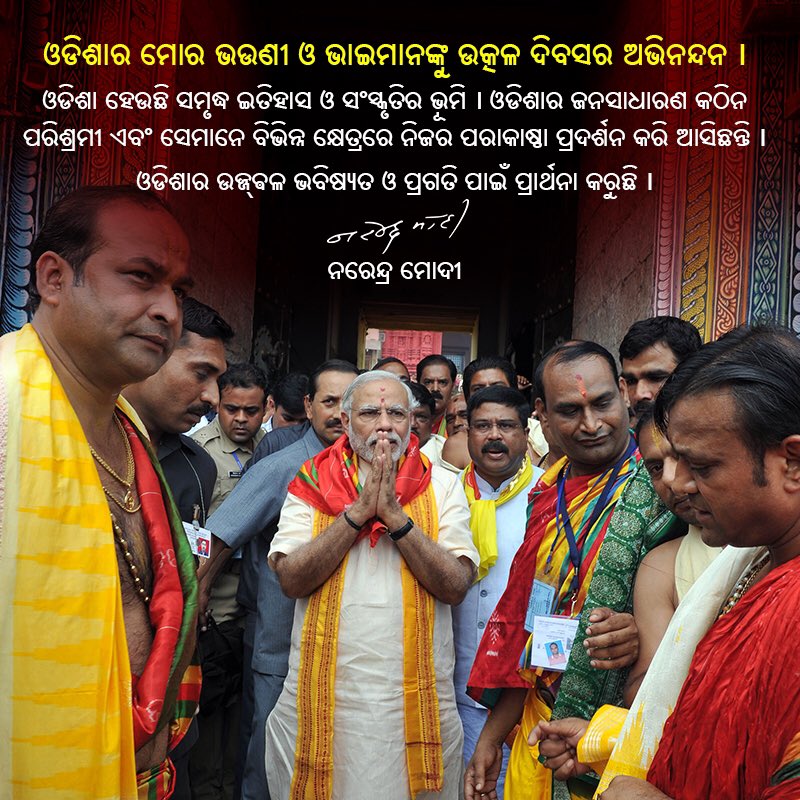 Prime Minister Narendra Modi today wished people of Odisha on the occasion of Utkala Dibasa, the foundation day of the state.

Modi took to Twitter and described Odisha as a land of rich culture and glorious history.

The people of Odisha are hardworking and have showcased their efficiency in various fields, the Prime Minister said.

“I pray for the bright future and progress of Odisha,” he said.

Odisha Chief Minister Naveen Patnaik also wished the people of the state on the auspicious day.

Patnaik took to Twitter and said our aim is to take forward the trend of development in Odisha.

Notably, on April 1, 1936, Odisha was formed as an independent state on linguistic basis.