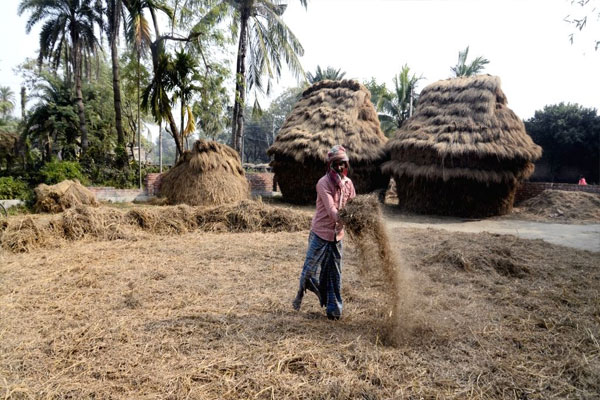 Kolkata: The monocropping practice is one of the biggest problems facing the agriculture system in the country as this gradually weakens the soil strength, thus harming the farmers, claims Padma Shri Bharat Bhushan Tyagi.

“The farmers should not repeat the wheat, rice and soybean crop every year because it affects the soil strength considerably. Single crop year after year on the same land, in the absence of rotation through other crops is a big agricultural issue and farmers should get rid of this system if they want to increase their income,” Tyagi told IANS in an exclusive interview.

Tyagi was in Kolkata to participate in the agricultural science conference at the 5th India International Science Festival (IISF).

He said: “Nature has self rejuvenation capabilities and crops like sugarcane, carrot, beetroot, and various pulses can be sown at the same time in the land. This way farmers can have more than one kind of crop at one time.”

He explains this by saying that wheat saplings are sown at 3 ft distance whereas mango is at 40 feet above the ground and the sugarcane is 6-7 ft tall. “This concept has to be understood by the farmers as this will also help in increasing their returns.”

Tyagi was awarded Padam Shri this year. Hailing from Uttar Pradesh’s Bulandshahr district, he organizes weekly training for farmers and has trained over 80,000 farmers.