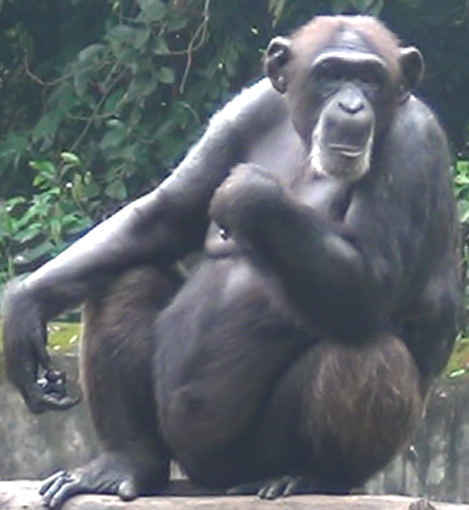 Bhubaneswar: Nandankanan Zoological Park welcomed its new member after the oldest female chimpanzee Pampeta was blessed with a baby.

Pampeta delivered the baby on Friday night, just 10 days before the date given by the veterinary doctors.

Also Read: Chimp Pampeta to be blessed with baby in Odisha zoo

She was expected to deliver baby on October 2. However, the delivery took place much earlier.

The health condition of both Pampeta and her newborn chimpanzee is stable.

With the newborn, the 24-year-old Pampeta became mother for sixth time.

Earlier, Pampeta had first delivered Barsha on May 12, 1998. However, the baby died in six months. She was blessed with another baby chimp Purnima on June 9, 2001. Her third male baby, who was born on November 9, 2006, was killed by Julu with nail. Later, Pampeta gave birth to Subhadra on July 7, 2010. Subhadra was sent to Patna zoo under an exchange programme and Nandankanan zoo got a Giraffe. The female chimp Pampeta delivered her fifth child John on December 25, 2014. But John died on September 27, 2016 due to illness. He was undergoing treatment for respiratory complications.