Nawazuddin Siddiqui: One who gets typecast is the hero in Bollywood 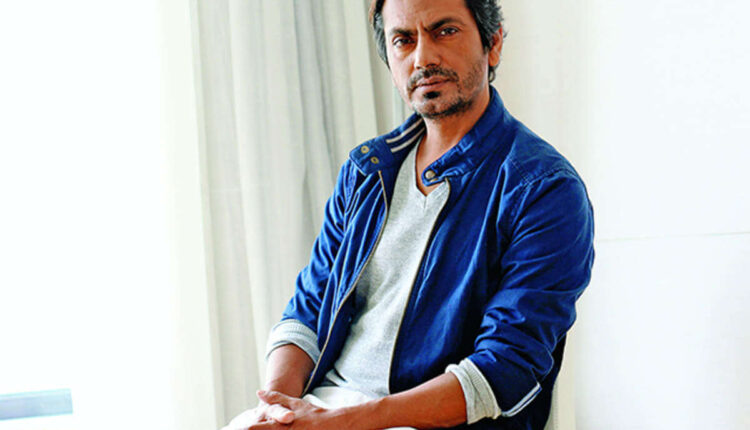 Mumbai:  Nawazuddin Siddiqui begs to differ when you tell him he is typecast in a particular kind of roles. He insists it is the Bollywood mainstream hero who is pigeonholed into doing similar roles.

“I think I am the actor who does different characters and the one who gets typecast is the hero in Bollywood, who in their over 30 to 36 years’ career do only one role. Thank god I got the opportunity to do different roles. If I am doing ‘Manto’ then I am also doing a ‘Thackeray’. If I am playing a police officer in ‘Raat Akeli Hai’, at the same time there is ‘Serious Men’, too,” Nawazuddin said.

The actor has three films lined up in the coming months as of now — “No Land’s Man”, the rom-com “Jogira Sara Ra Ra” and “Bole Chudiyan”. He says the focus continues to be on “doing a different character”.

“I have done ‘Photograph’ and I have also done ‘Kick’. So, I think the opportunity to play various roles the industry gave me is amazing,” he added.

He feels there is some “misconception about typecast” when it comes to our films.

“The hero gets typecast. If you see in the last 40 years, a hero has been doing one kind of role. There is only one kind of gesture and posture. There is one kind of costume and expression. Everything is of one kind. The one who does the same things get typecast,” he said.

Nawazuddin feels grateful that he did not headline a “formula film” as a hero.

“Thank god I did not become a hero — as in, a hero in the typical formula film. If I do that then I will leave this profession because I will get bored doing the same thing. So, thanks to the industry that they saw me in various roles. They want to see me in different roles and they will keep seeing me in different roles,” he said.