Neena Gupta: Don’t fall in love with a married man 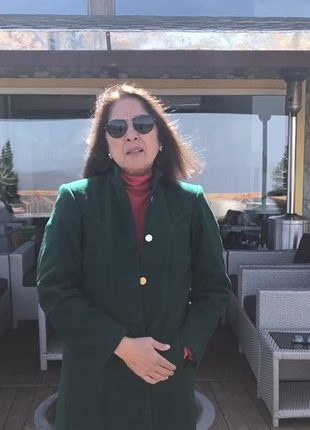 Dehradun: Veteran actress Neena Gupta has warned her fans not to fall in love with married men. She says she has done it in life and suffered.

In a video shot at Mukteshwar, Uttarakhand, Neena is seen giving a piece of advice to her fans.

She begins by talking about how extra marital affairs start. “He tells you he doesn’t like his wife and they are not getting along for a long time. You fall in love with him, he is a married guy. Then you say ‘why don’t you separate’. But he says ‘no, no there are kids’.”

She says they then start meeting secretly and go on holidays. That turns to spending nights together and ultimately “you want to marry him”.

Then, the woman wants the man to divorce his wife, but he says, “it’s not so easy, there is property, there are bank accounts etc”.

The woman gets frustrated and thinks of leaving him. It ends with the man saying f*** off to you”.

Then comes Neena’s advice: “Do not get involved in all this, do not fall in love with a married man. I have done this before, I have suffered. That is why I am telling my friends: try not to do it.”

Neena was in a relationship with West Indian cricketer Vivian Richards in the eighties. They share a daughter, Masaba Gupta. Later, Neena went on to marry Vivek Mehra.

WhatsApp launches Dark Mode for both iPhone and Android