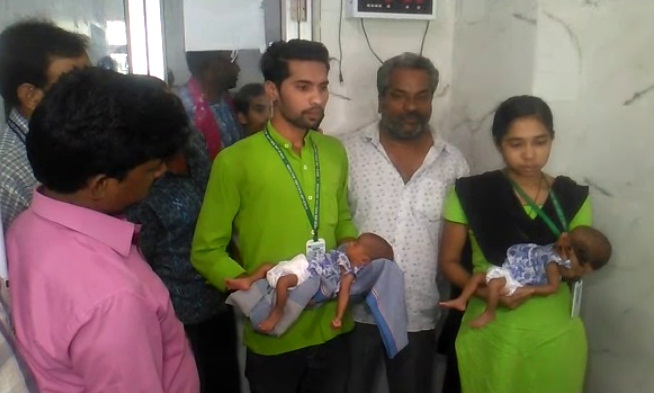 The newborn twins were found abandoned inside a toilet at Balangir Railway station. The babies were believed to be aged about one-month old. They were found inside a bag.

The newborn twin girls were spotted by a passenger inside a toilet at around 6.00 am and he informed the railway officials about the matter.

The railway officials immediately reported about the abandoned twins to the Childline.

Acting on the information, the Childline officials rushed to the station and rescued two babies. The twins were taken to the Balangir Medical College and Hospital (MCH) where they were put in Sick Newborn Care Unit (SNCU).