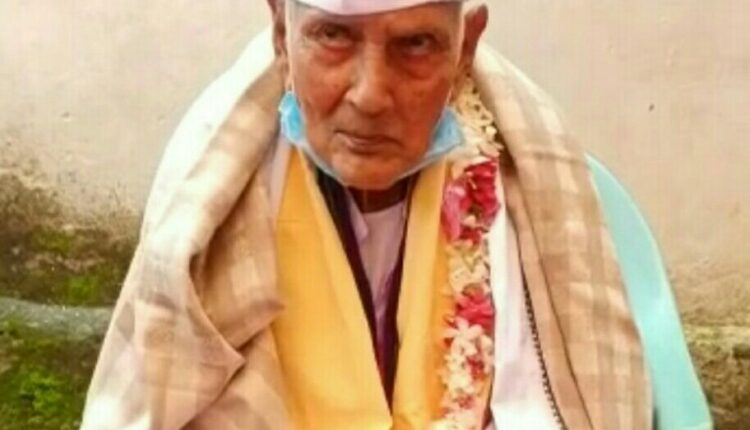 Sambalpur: Nonagenarian Freedom Fighter Debananda Gupta died today afternoon while undergoing treatment at the VIMSAR hospital in Burla. He was 96.

Family members of Debananda said the Freedom Fighter was unwell since three days. When Debananda’s condition deteriorated this morning, he was admitted to the Sambalpur District Headquarter Hospital this morning. Debananda was then shifted to the VIMSAR where he breathed his last at 2:50 PM today.

Born at Tilia Phatapali village in undivided Sambalpur district in 1926, Debananda joined the ‘Quit India’ movement at the age of 16 years in 1942. He was arrested by the British government the same year.

After being convicted by the Britishers, Debananda underwent one-year rigorous imprisonment.
The veteran Freedom Fighter was felicitated by the President of India twice during the ‘Kranti Divas’ in New Delhi in 2018 and 2020.

He was staying at Mura Kalami village under Tihura panchayat in Sambalpur district.