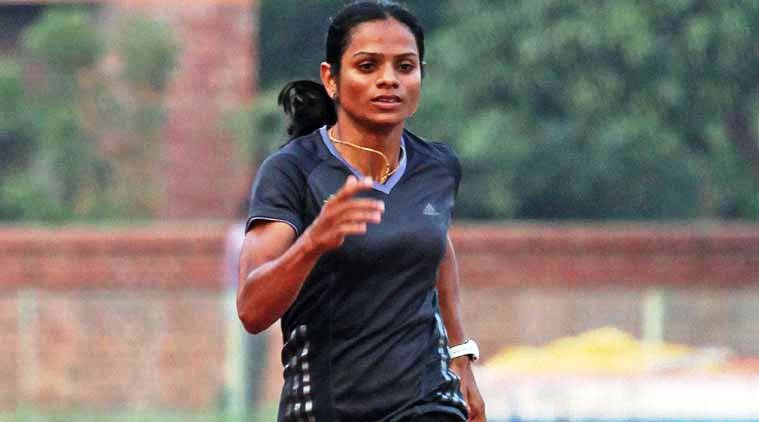 Bollywood filmmaker Rakeysh Omprakash Mehra is likely to pull out a sports biopic based on the rollacoaster ride of Odisha sprinter and Olympian Dutee Chand.

Rakeysh Omprakash Mehra Pictures Pvt Ltd (ROMP) is said to be in talks with Dutee Chand and her coach Nagapuri Ramesh. However, sources aware of the development revealed that the duo has not yet given their approval for the biopic.

Rakeysh Omprakash Mehra directed ‘Bhaag Milkha Bhaag’— the biographical sports drama celluloid based in Milkha Singh commonly known as the Flying Sikh— was a runaway success, much-admired by the viewers and critics alike. The eminent director intends to replicate the success formula in his upcoming sports biopic on Dutee, in the event of a deal struck with her.

According to sources, ROMP has sent agreement papers to Dutee for the movie. However, the sprinter has scotched the reports saying that the production house had approached her prior to Rio Olympics.

The company was interested to make a movie on me. They had contacted me before Rio Olympics. As I was busy in training for the Olympics, I had not reverted to them. I had told them that I would get back to them after the event. They have not contacted me post that, Dutee said.

On the other hand, Dutee’s coach Nagapuri Ramesh has clarified that he too also was contacted for the same but refuted reports of receiving any agreement papers. The talks were restricted to proposal only.

Notably, the sprinter from a humble background of a weavers’ family had a tumultuous journey from a nondescript Gopalpur village in Jajpur district to the world’s biggest sporting extravaganza. She came out victorious after being banned from participating in sporting events on hyperandrogenism charges. She won the legal battle at Court of Arbitration for Sports (CAS).

She represented India at the 100 m women’s sprint event after a gap of 36 years.

It may be recalled that a sports biopic of Odisha’s wonder boy Budhia Singh— ‘Budhia Singh- Born to Run’ was produced by Viacom18 Motion Pictures and hit the big screens in July this year.