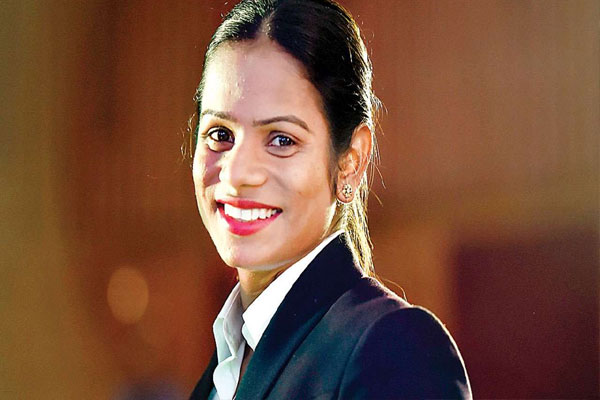 New Delhi: Dutee Chand, national record holder in women’s 100 metres, will stay in quarantine for a week as well as train in isolation as she shifts her training base to Patiala’s National Institute of Sports from Bhubaneswar to prepare for next month’s World Relays.

The 25-year-old Odisha sprinter is one of the key runners in the national women’s 4x100m relay squad shortlisted for next month’s World Relays, an Olympic qualification competition, in Poland.

To practice baton exchange and train with other members of the team, Dutee had reached Patiala from Bhubaneswar on Sunday.

Last week, in the wake of spike in Covid-19 cases, the Sports Authority of India (SAI) issued fresh guidelines to avoid spread of contagious virus in SAI campuses across the country.

It is mandatory for outstation athletes to furnish RT-PCR negative reports issued not before 72 hours and stay in quarantine for a minimum of one week in a SAI campus before training in a group with other athletes, say SAI guidelines.

“We have to stay indoors for a week. But we can go out to train at a particular time of the day. Since we are in quarantine for six-seven days we can’t train on the main synthetic track and do collective training with other sprinters,” Dutee’s coach N. Ramesh said.

During the quarantine period Dutee can’t use the main gymnasium hall, said the coach.

“We can’t go to the dining hall. The meals are being served in the room. We will train on a grassy ground that is far off from the main track used by other athletes for training,” added the coach.

“Since top two runners in the team have sub-11.50 seconds time for 100m, we stand a good chance to qualify for the Tokyo Olympics,” explains AFI president Adille Sumariwalla.

Since Hima Das’s recurring back injury restrict her to compete in the longer sprint, she is also selected for the 4x100m relay.

Das was part of the Jakarta Asian Games silver-medal winning team in 400 metres.

Himashree Roy, Archana Suseendran and AT Daneshwari are the other sprinters selected by AFI for the 4x100m squad.