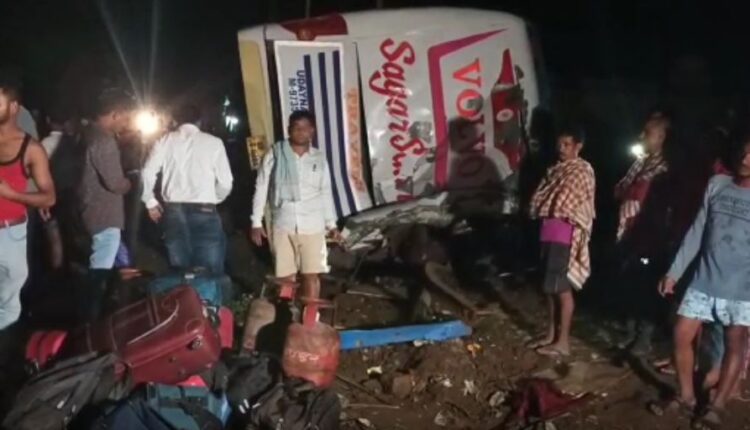 Bhubaneswar: In a tragic incident, at least six persons were killed and 42 others sustained injuries as a bus carrying tourists from West Bengal overturned at Kalinga Ghat near Durgaprasad on Ganjam-Kandhamal border, late last night. Out of the six deceased, four are women while two are men.

According to reports, the driver of the ill-fated vehicle lost control over the wheels due to brake failure, following which it turned turtle. A total of 77 persons were onboard the bus.

The accident took place when the bus was heading towards Visakhapatnam after the tourists visited Daringbadi in Kandhamal district.

On being informed about the mishap, police and Fire Services personnel rushed to the spot and launched a rescue operation with help from locals.

The victims were rescued and admitted to a local hospital for treatment. Some of them were shifted to the MKCG Medical College and Hospital in Berhampur as their condition deteriorated.