Odisha, 8 other states most vulnerable to COVID-19 pandemic: Lancet study 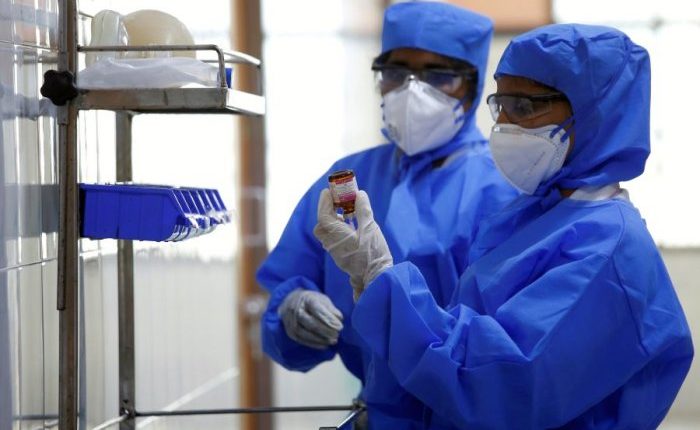 New Delhi: Districts in Madhya Pradesh may be the most vulnerable to the effects of the COVID-19 pandemic, followed by those in Bihar and Telangana, according to a study in The Lancet journal which assessed several key indicators like housing, hygiene, and the health system in these states.

According to scientists, including Rajib Acharya from the Population Council, New Delhi, vulnerability in the research means the risk of consequences of infection, including spread, morbidity, mortality, and social and economic effects of the pandemic.

The study noted that nine of 30 large states — Madhya Pradesh, Bihar and Telangana, Jharkhand, Uttar Pradesh, Maharashtra, West Bengal, Odisha, and Gujarat — have high vulnerability to be impacted by the COVID-19 pandemic.

It rated the vulnerabilities of the states to the pandemic on a scale from zero to one, measured using 15 indicators across five domains — socioeconomic, demographic, housing and hygiene, epidemiological, and health system.

“Our index aims to help planners and policy makers effectively prioritise regions for resource allocation and adopt risk mitigation strategies for better preparedness and responses to the COVID-19 epidemic,” the scientists said.

In the study, they identified a number of vulnerable districts in India, which currently do not have large numbers of COVID-19 cases but could be strongly impacted by the pandemic.

According to the researchers, a number of districts in the nine large states — Bihar, Madhya Pradesh, Telangana, Jharkhand, Uttar Pradesh, Maharashtra, West Bengal, Odisha, and Gujarat — located in every region of the country except the northeast, had high overall vulnerability.

They said these states also had high vulnerability with respect to most of the five domains.

Madhya Pradesh had an overall vulnerability score of one, making it the most vulnerable, and Sikkim on the other end with a score of zero was noted to be the least vulnerable.

Arunachal Pradesh and Himachal Pradesh were two other states on the lower overall vulnerability end of the scale.

“Although our intention was not to predict the risk of infection for a district or a state, we observed similarities between vulnerability and the current concentration of COVID-19 cases at the state level,” they wrote in the study.

The aim of the index, Acharya said, is to provide a tool to identify districts that are vulnerable to the consequences of the infection, including spread, morbidity and mortality and social and economic consequences.

“A state may be low in overall vulnerability but may be high on a particular domain,” he added.

According to the researcher, some of the significant findings include that out of 100 most vulnerable districts 33 are from UP, 24 from Bihar and 20 from Madhya Pradesh.

“These states have not detected as many cases proportional to their population size as yet (there may be many reasons for that including number of tests they are performing) but are highly vulnerable to higher mortality (because of lack of health facilities), for example,” Acharya said.

The scientists said the relationship between COVID-19 vulnerability and the indicators was not clear for districts, adding that better data collection at this regional level can help make more refined evaluations of vulnerability in their respective states.

They also added that data used in the study are two to five years old and might not have captured vulnerability well in districts in which rapid changes have occurred up to the present day.

“I wanted to say the study is not for academic purpose. The index should be put in use by the government. At the Population Council we are ready to help government with such useful tools,” Acharya added.