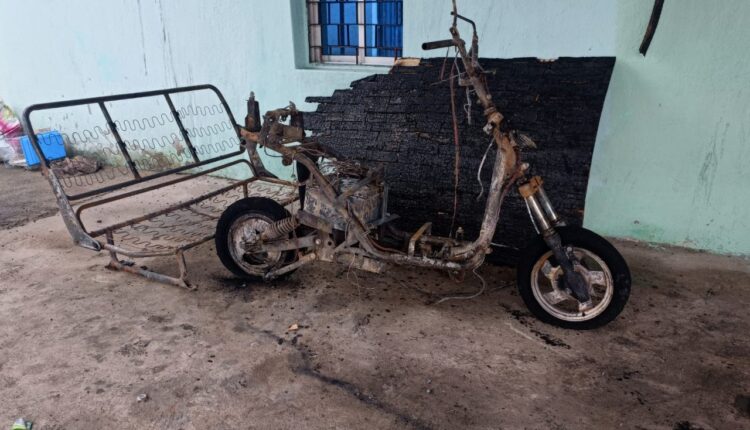 Dhenkikote: Charging a battery-operated two-wheeler turned a nightmare for the vehicle owner in Dhenkikote of Keonjhar district.

On Friday morning, Raja Prusty from Bankapatuli village under Dhenkikote police limits left his battery-operated two-wheeler charging at his house portico and went outside.

Within few minutes, Prusty’s family members, who were inside, heard a loud noise from the portico. They ran outside and found the two-wheeler has been engulfed in flames and the battery has turned into ashes. The house was also damaged as the fire spread in fraction of seconds.

Prusty’s family members tried to douse the flames but could not prevent it from spreading.

The Keonjhar Fire personnel reached the spot after being informed. Even though they doused the flames, the household items could not be saved from getting damaged.