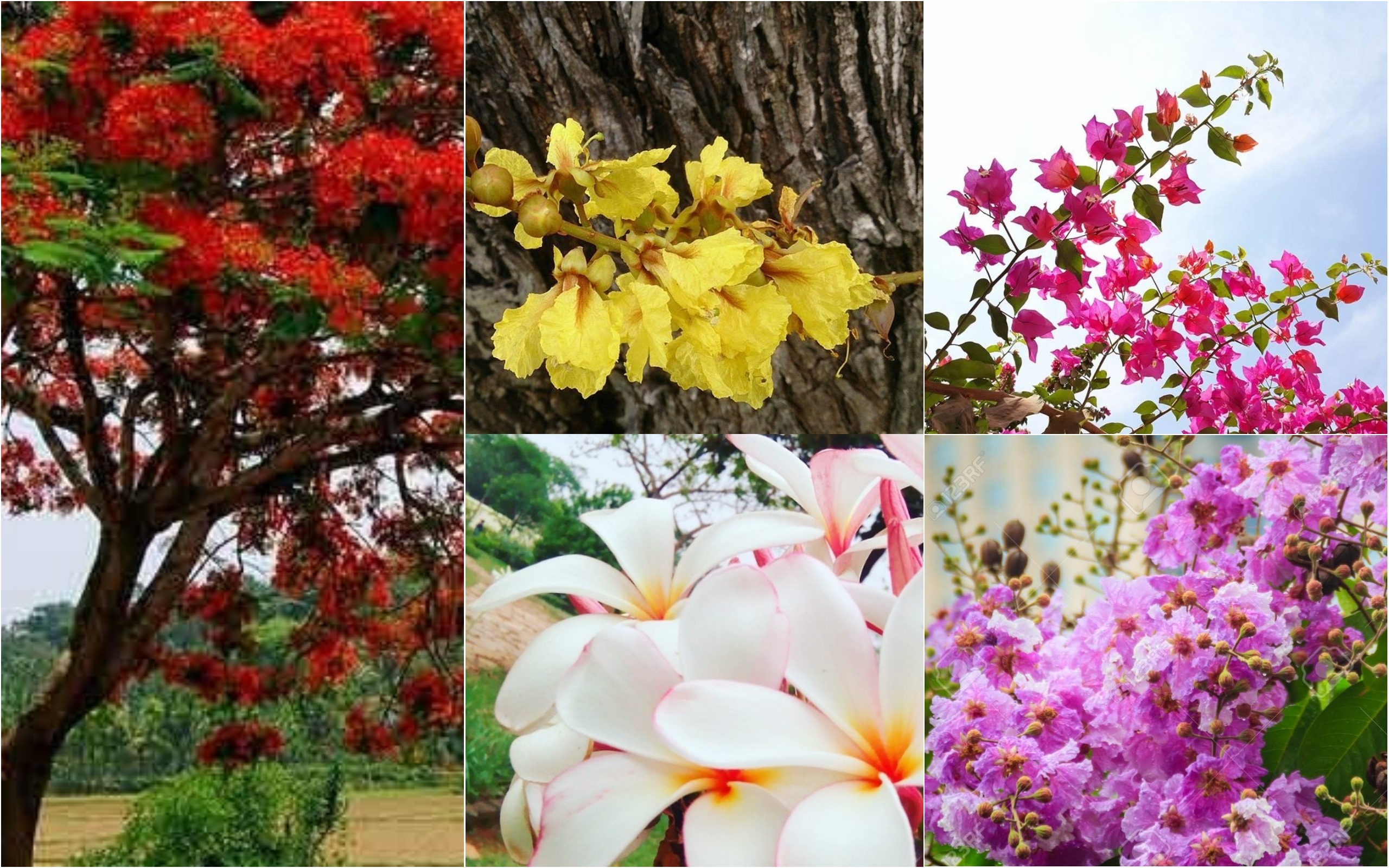 Bhubaneswar: With the mercury rising in Odisha, trees have draped themselves in most colourful and pleasant blooms. While many flowers have popped up, hither and thither, smiling in the City of Temples, some along the roads leave us all in awe.

Here are some of the most attractive summer blooms in our capital city:

Gulmohar – Locally known as Krushnachuda, the red coloured ‘Flame Tree’, makes our journey in the scorching heat a little easier. These trees can be seen on the way from Kalinga Stadium in Jaydev Vihar to Nandankanan. You’ll also spot them in Khandagiri.

Golden Shower – This is popular as ‘Sunari Phula’ among the denizens. You’ll spot these trees in front of the Governor House and the roads alongside. These vivid flowers catch the eyes of anyone who passes by.

Copper Pod – Known better as Radha Chuda, copper pod are bright yellow flowers that embellish the roads. These are extremely pretty and can be spotted at many places including Patia, Khandagiri, Jaydev Vihar, Saheed Nagar and Old Town.

Crepe Myrtle – White and purple crepe myrtle or patali are very soothing to the sore eyes. Though lesser in number, these invigorate the surroundings.

Plumeria – Unlike the rest, this one is a small tree or a deciduous shrub. Commonly knows as ‘katha champa’, they smell great. They are also offered to god. Also known as Frangipani, it is a native of Mexico.

There are different varieties of Plumeria, of which you can spot some in parks here.

Worth mentioning, Bougainvillaea is another refreshing flower you’ll spot along the roads and at various buildings. They lighten up the garden like nothing else!

Lalu Prasad jailed for 7 years in another fodder scam case

Odisha: Shield your skin from harsh summer with these DIY…

Buses to have ice pack, ORS for passengers to beat heat wave…