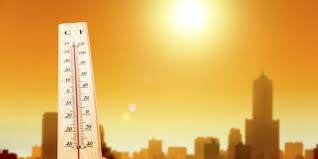 Bhubaneswar:  Odisha capital today sizzled at 39.2 degree Celsius, the highest in the last 30 years during this time, Met sources said.

The daytime temperature in the capital city was 39.7 degree Celsius yesterday.

According to the India Meterological Departmnet-Bhubaneswar, as many as 15 places in the State recorded above 35 degree Celsius forcing people stay indoors.

The weathermen said clear skies and a change in the wind direction to westerly and south westerly pushed up the mercury level.

The Met Department further said a similar trend with minor fluctuation will continue in the State for the next five days. Besides, it said fog likely to occur at some places.