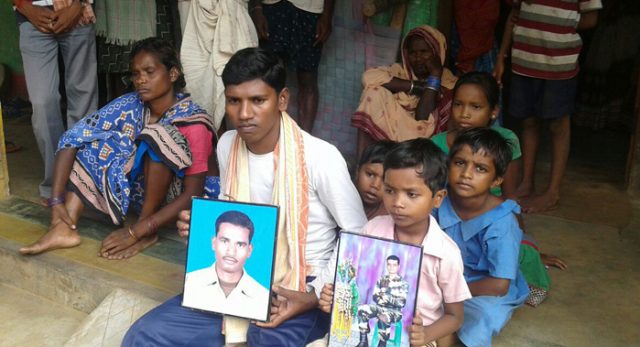 Odisha Chief Minister Naveen Patnaik today announced an ex-gratia of Rs 10 lakh to the next to the kin of Border Security Force (BSF) jawan Pitabas Majhi who succumbed to his injuries while undergoing treatment in Srinagar. He had sustained critical injuries during a combing operation post the brazen Uri attack.

Patnaik announced the compensation apart from a monthly pension of Rs 2000 to the family members of the slain soldier.

The compensation would of Rs 5lakh each would be released from Defence and Para-Military Personnel Relief Fund and Chief Minister’s Relief Fund.

Notably, Pitabasa Majhi hailing from Danojhala village under Komna police limits in Nuapada district was injured during a combing operation following a terrorist attack on Indian Army brigade headquarters at Uri in northern part of Kashmir on September 18.

He succumbed to his injuries while undergoing treatment at 92 Base Hospital of the Army. He worked as a gunner in the 34 Rashtriya Rifles Battalion. His last rites were performed with full state honour at his village.