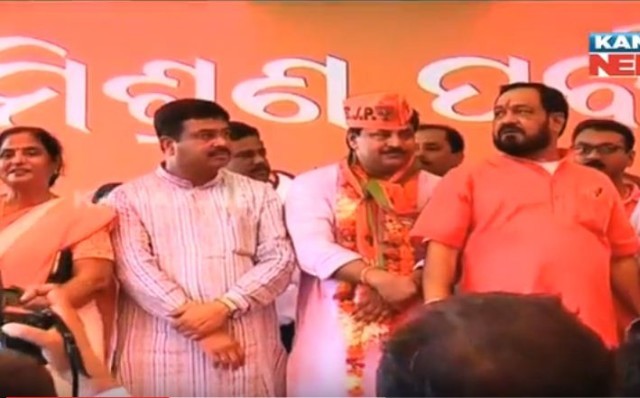 “My well wishers and supporters in Congress including two block Congress presidents and senior party workers told me that they cannot stay in the party anymore. If they hesitate to continue, what will I do in the party? So, I decided to resign from the Congress’ primary membership post,” said Lala.

On the other hand, Congress targeted him alleging that Lala joined BJP with an aim to field for his wife for MLA ticket from Nayagarh constituency.

“His wife Irani Ray is also in touch with the workers belonging to BJP, rebel BJD and Congress in Nayagarh. She is expected to become face of BJP in the district in the upcoming days,” said Congress leader Ranjit Dash.

Lala’s political record shows that he got only 3700 votes as the independent candidate in 2009 assembly polls. He received over 55,000 votes in 2014 polls on Congress ticket and lost to BJD candidate Arun Sahoo.