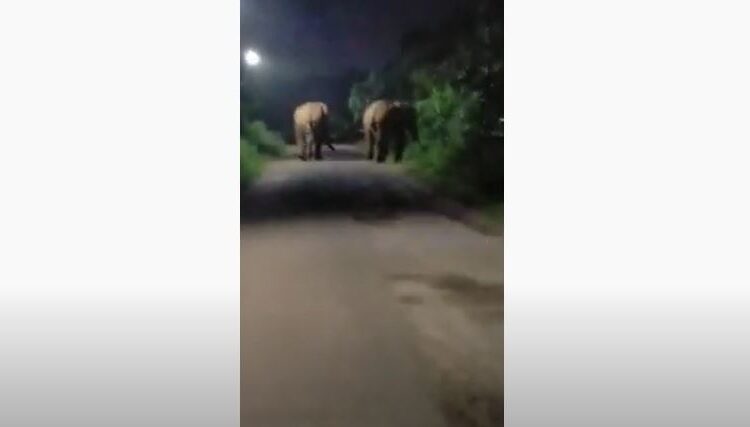 Though no casualty was reported due to the incident, the pachyderms demolished a portion of the boundary wall of the hospital.

Further mishap got averted as locals informed the Forest officials, who reached the spot and managed to ward off the elephants towards Kaipadar forest.

Eyewitnesses said the two animals were part of an elephant herd moving in the forest and later strayed into the hospital premises after crossing the highway.