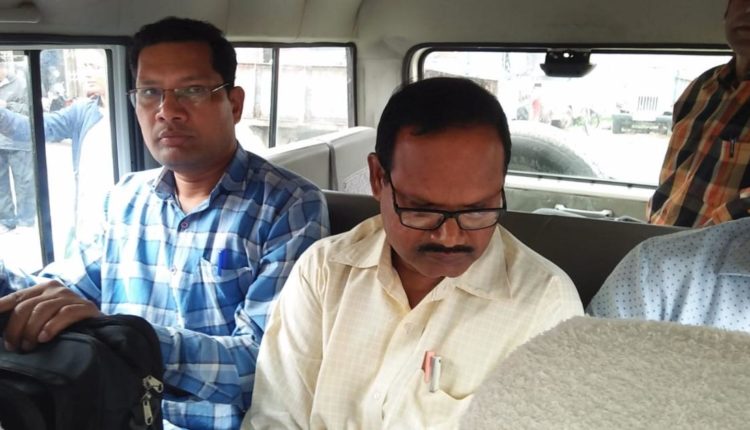 Sambalpur: The Vigilance officials today caught an employee of Sambalpur Municipal Corporation (SMC) red-handed while accepting bribe to approve a house plan. The accused, Prasanna Parida, who works as an Amin at the SMC was taking Rs 15,000 bribe from a woman journalist during which the sleuths arrested him.

As per reports, Prasanna was demanding Rs 30,000 from a woman journalist, Trupti Panda to approve the plan of her house in Bansidhara Nagar in Bareipali.
Trupti applied at the SMC office for an approval of house plan on January 30. When there was a considerable delay in getting the approval, she visited the Planning department at SMC office to know the reason. Prasanna allegedly demanded Rs 30,000 from Trupti to move the file. When she expressed her inability to pay the amount, Prasanna agreed to take Rs 15,000 after a bargain.

The woman journalist lodged a complaint with the Vigilance office. Following this, the sleuths laid a trap and gave Rs 15,000 currency notes laced with chemicals to Trupti.

Following his arrest, Prasanna was taken to the Vigilance office for questioning.