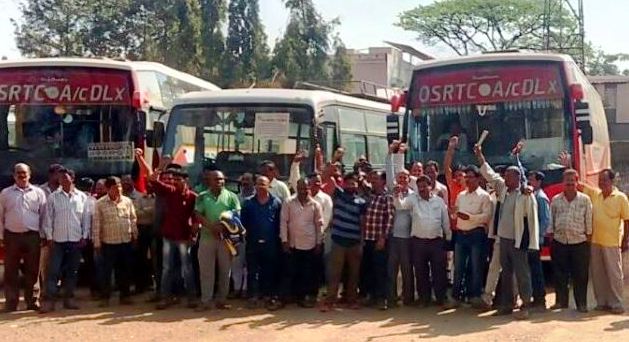 Cuttack: Passengers had a harrowing time after Odsha State Road Transport Corporation (OSRTC) buses stayed off roads due to a cease-work stir by its staff today.

Sources said the OSRTC staff staged the protest here demanding payment of their pending salaries. The protesters alleged that they have not received salaries since the month of April.

Plying of around 30 Government buses on 22 routes were suspended due to the protest today, sources added. The staff threatened that they would continue their stir in coming days until their demand is fulfilled.