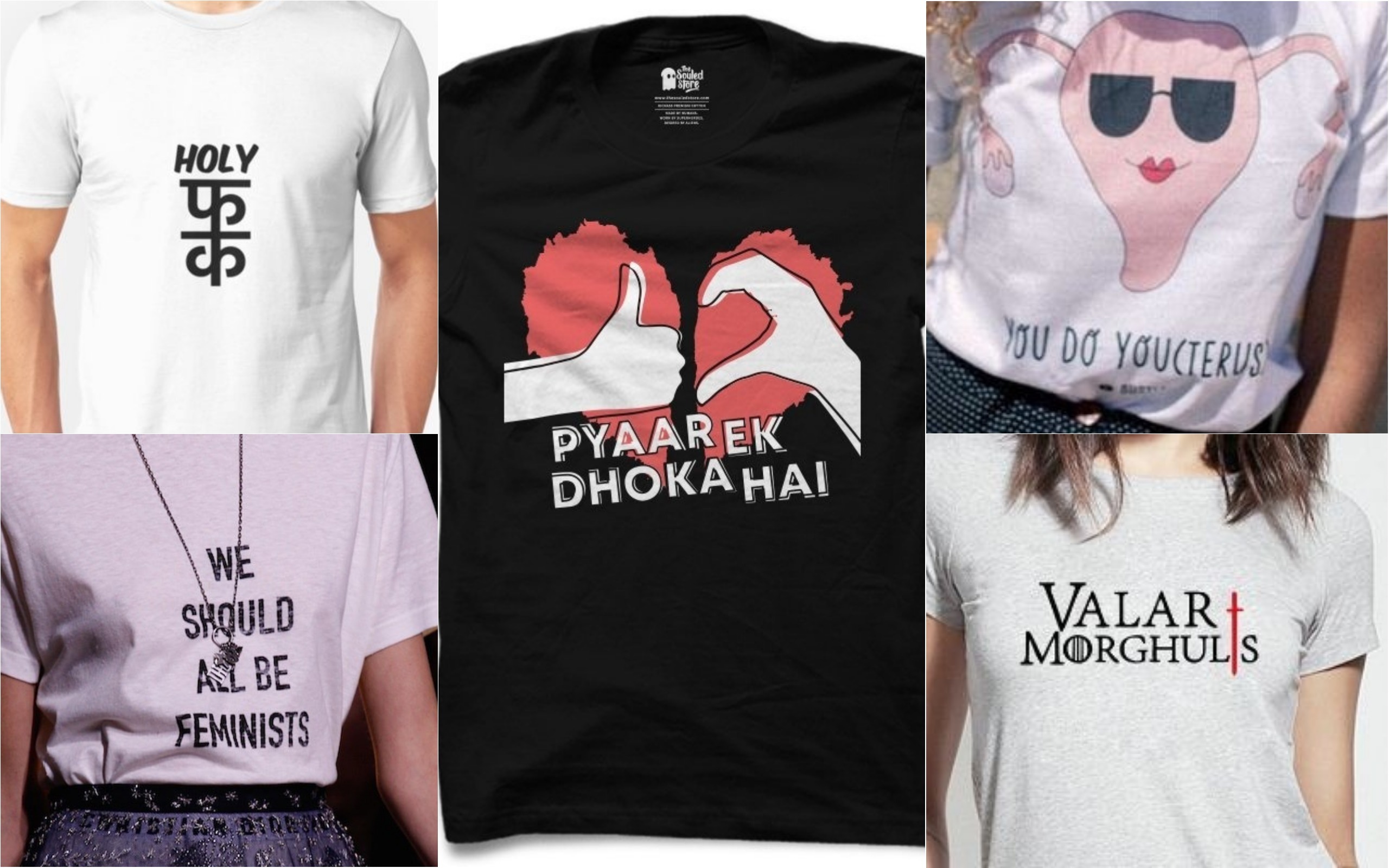 Bhubaneswar: People have always been keen on expressing themselves without saying much. And what’s better a way to speak your mind than to have the thoughts scribbled in bold on your T-shirts.

These quirky, funny and cool slogans have been a fad among youngsters in Odisha capital. Here are some of the most popular ones:

Kaafi Feminist – With feminism being the talk of the town, women have started to wear T-shirts with quirky ways of expressing their inclination and opinions on feminism. As Ipsita Mishra puts it, “Feminism must hit people hard on their face and what better medium than a tee?”

T-shirts with feminist slogans spread like fire after designer Maria Grazia Chiuri had a series of slogan tees with messages on feminism, at the Dior Catwalk in 2016.

Her slogan ‘We should all be feminist’ amused audience more than any other extravagant design at the fashion show.

Valar Morghulis: If you’re a Game of Thrones fan, this is a must-have in your wardrobe. A GoT fan, Shova Sethi says T-shirt with ‘Valar Morghulis – all men must die but we aren’t men’, is what she will add next to her cart.

Pyaar Ek Dhoka Hai: Popular comedians of AIB coined this phrase on Valentine’s Day this year. To promote being single and loving one’s own self, this slogan was widely used by social media users. Given its popularity, soon these made way to T-shirts too!

Bitch Please (Hindi): Social media is often flooded with ‘Bitch please’ memes so as to show their dislike or ignorance towards something. You don’t have to write it anywhere anymore, as you can just wear it and scream without making any noise.

Sanskaari AF: Though youngsters have quickly picked up all western manners, their desi side is still alive. If you’re one of those, this tee is a must for you.

M.I.T.R.O.N.: Are you a ‘mitron’ fan? This one is for you. If at all you aren’t, this can add up to your unbeatable sarcasm. Howdy mitron?

Karma: Many tees with karma slogans are in but the one, according to Mahima Giri, that is sure to make you cringe and laugh, is ‘Karma is like 69, you get what you give’.

Lazy AF: For Shikha Swaroop, no tee would be better than one with ‘Lazy AF’ written on it because she wishes people to stay away and ask her not to work mostly. So folks, understand!

While these tees are what women mostly prefer, a ‘chadhti jawani’ tee is a much-needed humour to the wild-spirited women, as Arunima Gupta puts it.

However, what we see today on tees is no recent trend. Slogan tee was first introduced by a shop called Mr Freedom run by Tommy Roberts and Trevor Myles in London’s King Road in 1960’s. They sold tees with Disney-inspired slogans.

Later in 1977, designer and fashion model Vivienne Westwood came up with politically motivated T-shirts. One of her most popular and controversial was ‘Destroy’ written on an inverted Swastika.

Then came Katherine Hanett, who experimented with large font types and catchy lines on environmental issues.

Since then, graffiti on apparels have undergone several changes and the cool and quirky ones now have taken centre stage.

Gangster Dhal Samanta to be shifted to Balangir jail in Odisha

Here’s Raimohan’s last message to his wife and…

Convict escapes from court premises in Odisha Capital after…

Media has right to report FIRs, court cases without…

Know the nail art trend catching up in Odisha