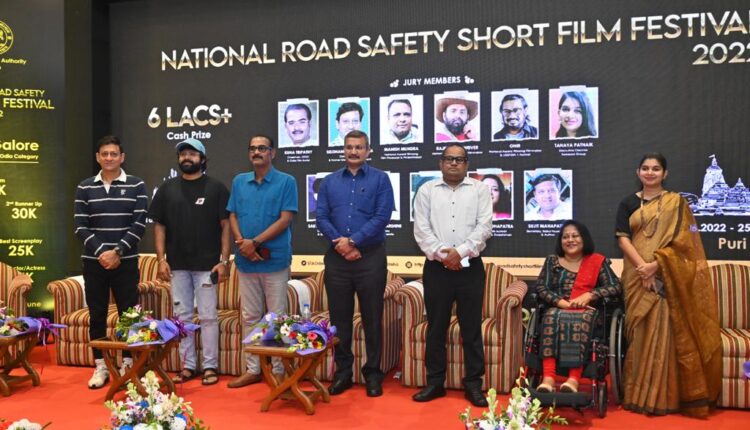 Speaking on the occasion, Bishnupada Sethi, Principal Secretary, Commerce & Transport Department said, “Seeing the enthusiasm, to encourage more people to send entries we have increased the prize money for film section for both Odia & Non-Odia languages categories. Cash awards for individual section remain as it is.”

The entries are open for National Road Safety Short Film Festival, a first of its kind festival organized in the country. Last date of entry submission is 3rd June, 2022.The festival aims to raise awareness of road safety issues and promote increased engagement in road safety cooperation in the state of Odisha as well as across the nation to reduce the road accidents and fatalities related to it.

Filmmakers, amateur film enthusiasts and students can submit their entries. The film can be a Documentary, Experimental, Narrative, Fiction, Non-fiction or Animation. The original film should be in FULL HD (1920×1080) format or above. Total duration of film can be maximum 120 seconds (2 minutes) in length, including front and end credits.

The festival will be in two category—Odia language & Non-Odia languages, subtitles in English must for all the entries.

The Prize money in different categories: