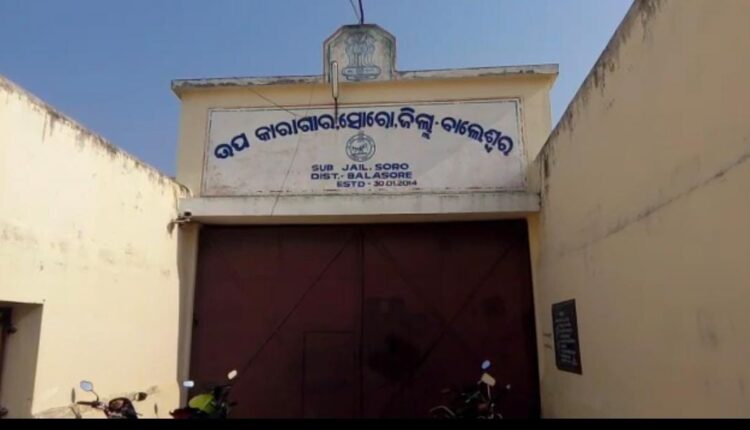 Balasore: Soro Sub-Jail in Balasore has once again hogged limelight albeit for wrong reasons.

According to sources, the UTP, identified as Sudam of Thakurmunda area in Mayurbhanj, escaped from the jail by scaling its wall. Sudam is facing trial as an accused in a rape case, sources said.

Earlier, there were allegations that a few inmates had been beaten up on the jail premises. Besides, a prisoner had allegedly committed suicide inside a lavatory at the sub-jail.

The inmates of the jail had also alleged that the authorities were serving poor quality food to them.

This apart, seizure of mobile phones from the inmates of the prison has told volumes regarding its sorry state of affairs.

The locals, meanwhile, have sought a thorough probe into all irregularities at the sub-jail.

However, jailer Priyambada Panda is yet to give any comment regarding the escape of the UTP.