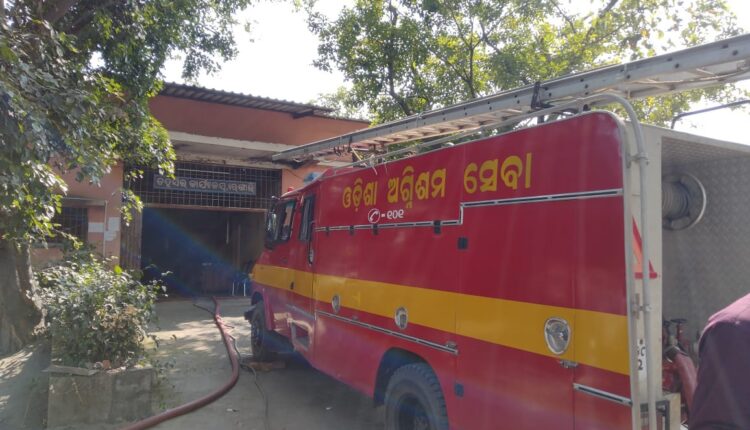 Though no loss of life or injury was reported, many valuables and documents were reduced to ashes in the fire.  On receiving information, a firefighting team was pressed into service to douse the flames.

The Rengali police arrested the youth identified as Rajeev Kishan after a video showing him lighting the fire went viral on social media. The accused reportedly went live on Facebook before the incident. During interrogation, the youth confessed to his deeds. He also confessed that he himself had uploaded the video on social media.

The accused was upset over the dillydallying attitude of the officials. He complained that the government has taken over his land. Unhappy over this, he approached the Tehsil office but to no avail.

He resorted to this extreme step as his grievance went unheard, he expressed.