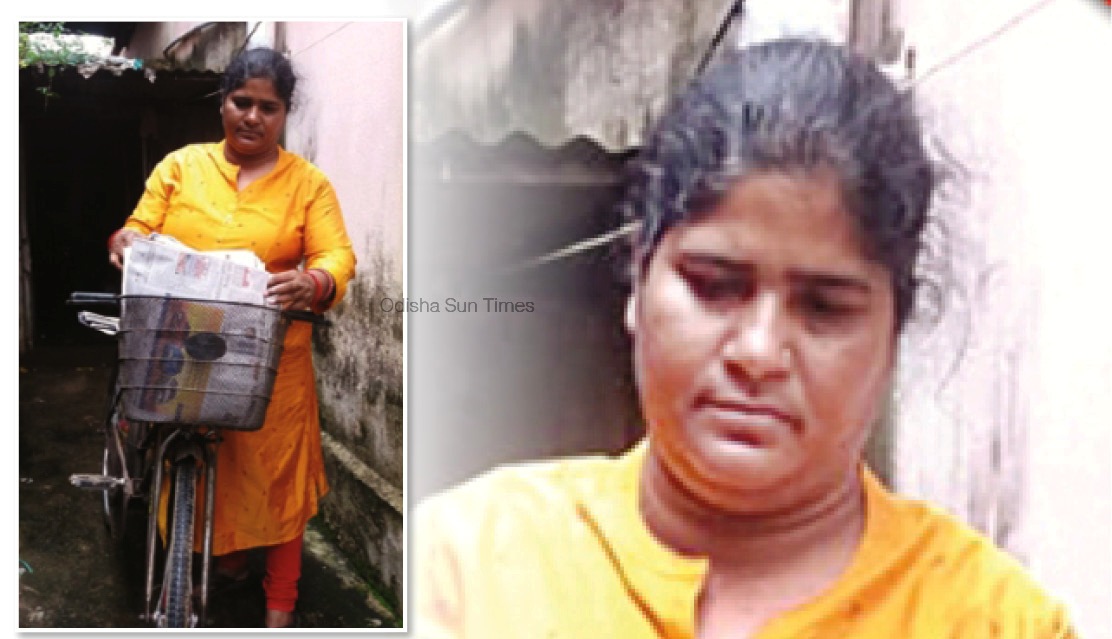 Bhubaneswar: She was the captain of Odisha Women’s Football Team that had made its foray into national level championships back in 1992. She had also represented the state in Khoko from 1986 to 1998. But now, her identity is a mere newspaper hawker.

Subharani Das, wife of Prakash Chandra Mishra, chose to distribute newspapers by visiting door to door in the capital city here after her husband underwent a surgery in 2004. To earn bread and butter for her family, which revolves around his husband and two daughters, Subharani peddles around 20 km starting from Saheed Nagar here to distribute newspapers. She also sells cow dunks and paper containers for extra money. Despite the trials and struggles of her life, the woman has been kind enough to provide tuition to around 20 underprivileged children.

Subha, who defeated football teams from West Bengal, Manipur and Tamil Nadu as defender and forwarder player, has somehow failed to conquer in life battle as she continues to struggles each and every day.

She ran from pillar to post seeking financial assistance for months, but to no avail. In the meantime, she repeatedly approached the Sports and Youth Services Department for allowance, but she gained nothing other than verbal assurance. Adding to her woes, she is yet to avail ration card.

Once upon a time, Subharani was well known as a Khoko player of the state from 1986 to 1998. Representing the state at various levels, she had become champion 28 times. In 1992, she headed the Odisha Women’s Football Team in Federation Cup organised in Guwahati by All India Football Federation.

Interestingly, the then Chief Minister Biju Patnaik had made flight ticket arrangements for the home team as it was not possible to reach the location on scheduled time via train. After the tournament, she played in over 10 national level football tournaments.

Reminiscing her golden days, Subharani said, “I was playing Khoko at Badagada High School Ground. After playing, Biju Babu, who had come as a Chief Guest, came to me and I had the opportunity to have a small conversation with him. Though he had asked me to pay a visit to his residence, my misfortune came in between and I failed to meet him personally.”