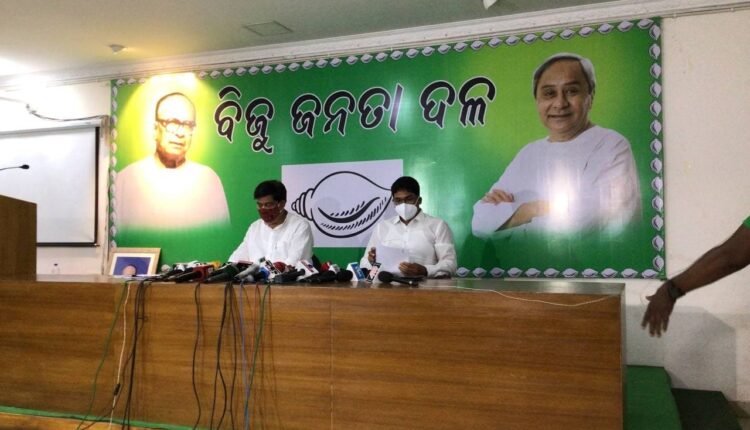 Bhubaneswar: Odisha’s ruling Biju Janata Dal (BJD) pitched for conducting caste-based census, a demand that has grown louder ever since the Parliament passed the 127th Constitution Amendment Bill in August this year.

“The caste-based census will help in collecting information on people belonging to Other Backward Classes (OBC) who have been so far kept away from the purview of development,” senior BJD leader Ranendra Pratap Swain said at a presser here today.

He reiterated the demand for caste-based census which will help ensure justice to the backward caste people.

He called upon all political parties in the State to join Chief Minister Naveen Patnaik’s clarion call for caste-based census.

Addressing the press meet, BJD leader Arun Sahoo said that hike in reservation and caste census are two sides of a coin.

Targeting opposition BJP, he said that the silence of saffron party on caste-based census is showing their apathy towards other backward classes.

He said that Chief Minister Naveen Patnaik is committed to give justice to OBCs in the State.

It is pertinent to mention here that the demand for caste-based census is gaining momentum in the States like Bihar and Uttar Pradesh.

Many political parties such as RJD, JD(U) and Samajwadi Party are the most vocal in support of the caste-based census.