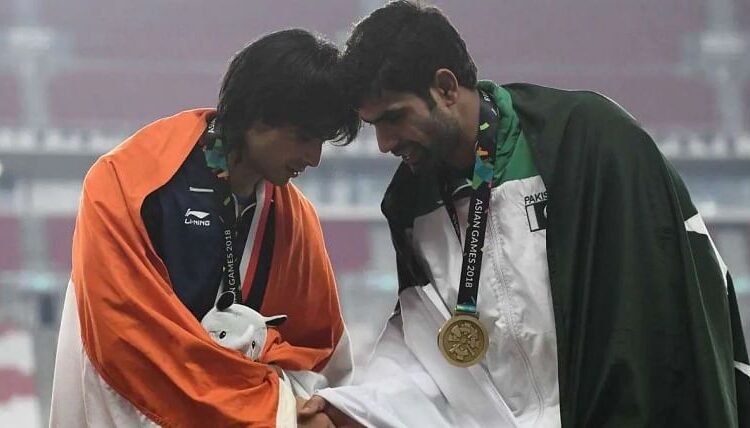 Panipat: India’s first-ever gold medallist in athletics at the Olympics, Neeraj Chopra, has trashed claims that Pakistan’s Arshad Nadeem was tampering with his javelin before his first throw in the final at the Tokyo Olympics on August 7.

Chopra, who said in an interview that he had to take his javelin from Nadeem before his first throw, added that he does not want his comments to be used as a way of increasing the javelin controversy.

“I would request everyone to please not use me and my comments as a medium to further your vested interests and propaganda. Sports teaches us to be together and unite’. I’m extremely disappointed to see some of the reactions from the public on my recent comments,” tweeted Chopra along with a video.

In the video, the 23-year-old explained that any thrower can use ‘nyone’s javelin and that there is no specific rule for it. He also expressed his disappointment over a simple matter blown out of proportion.

“I want to clarify about my recent comments in an interview where I mentioned that Pakistan’s Arshad Nadeem was using my javelin. It has been turned into a big controversy when it is a very simple matter,” said Chopra in the video.

“We keep the personal javelin there (in the rack) but anyone can use the javelins in the rack, that is the rule. So there is nothing wrong with what Nadeem was doing there. He was preparing for his throw with my javelin and then I asked for it from him for my throw. It is no big deal,” he added.

Chopra won the gold medal in men’s javelin throw with an effort of 87.58 metres at the Tokyo Olympics.