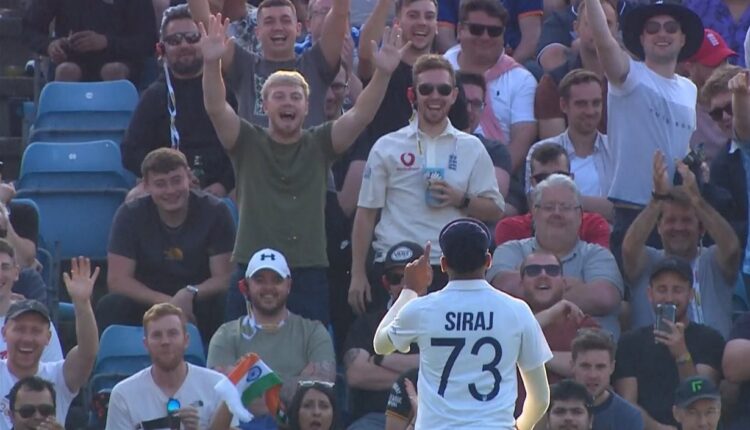 Leeds: Pace bowler Mohammed Siraj was introduced to bowling on Thursday, the second day of the third Test, amid boos from the crowd here at the Headingley.

The 27-year-old pace bowler, who took eight wickets in the second Test at Lord’s, was brought into the attack only after 15 overs had passed in the day and on arrival to the run-up mark, a section of the crowd began booing him.

The Hyderabad bowler was hit by a ball thrown by the crowd on Wednesday, the first day of the ongoing Test. It upset India skipper Virat Kohli.

“I think somebody threw the ball inside on Siraj so he was upset. Yes, you can say whatever you are going to chant but don’t throw things on the fielders and all those things. It is not good for cricket,” explained India wicketkeeper-batsman Rishabh Pant after the end of play on the first day of the third Test here at Headingley.

This isn’t the first time the Indian cricketers are facing misbehaviour from the English crowd. During the first session of the third day’s play in the second Test at Lord’s, fans had thrown bottle corks at India opener K.L. Rahul.

The crowd, however, loves to target Siraj whether in England or Australia.

On the tour of Australia that ended in January this year, the pacer, as well as teammate Jasprit Bumrah, were allegedly subjected to racist taunts from the crowd in Sydney.