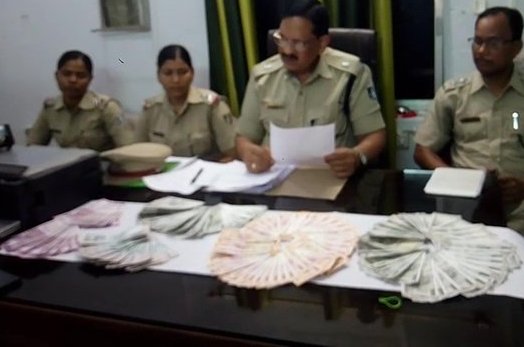 Boudh: In yet another incident of fake note seizure in Odisha, the district police seized counterfeit currency notes of Rs 1.06 lakh and arrested four persons in this connection, a police official said today.

The arrested have been identified as Biswapati Sahu of Gaisilat area in Bargarh district, Binod Saha of Bargarh, Bhagwan Meher of Padmapur and Balaram Meher of Sonepur.

Besides the fake notes, a colour printing machine, 3 bikes and a car have been seized from their possession.

According to reports, Biswapati Sahu, the kingpin behind the circulation of the counterfeit notes, was operating at his village with three others. The notes were being sent to Sonepur, Balangir, Balasore and Bhubaneswar.

Boudh police had recently arrested a person in a fake note seizure case. During questioning, the involvement of the four had come to fore.

Worth mentioning, many fake currency notes have been seized and several arrested in various parts of Odisha recently.

The Bhandaripokhari police had yesterday seized as many as 92 fake currency notes of Rs 13,300 in Bhadrak district and arrested three persons in this connection.

Similarly, fake currency notes of Rs 1.5 lakh were seized on April 15 following raids by police at different places in Balasore district. A total of five persons were arrested in this connection.