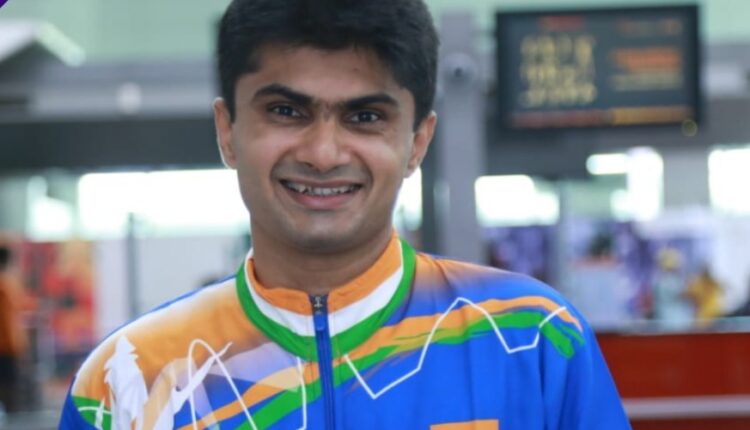 Tokyo: India’s Suhas L. Yathiraj went down fighting to France’s World No 1 Lucas Mazur in three well-fought games in the final of the Men’s Singles SL4 class and had to be satisfied with the silver medal at the Tokyo Paralympic Games here on Sunday.

Yathiraj stunned the Frenchman, the three-time World Champion, in the first game and had handy leads in the second and third games but Mazur is too experienced and too skilled and fought back from a game down to win 15-21, 21-17, 21-15 in just over an hour to win the gold medal.

Yathiraj, who is the district magistrate of Gautham Buddha Nagar (NOIDA) in Uttar Pradesh and had practised mostly in the nights after work to prepare for the Paralympics, played aggressively and at great pace to unsettle the seasoned French star.

But Mazur, who was trailing 12-15 at one time in the second game, took control of the proceedings and mixed brilliant overhead smashes and deceptive placements with deft touches at the net to win nine of the next 11 points to bag the second game 21-17.

Yathiraj held a slight advantage in the third and deciding game and was leading at the midway stage. But Mazur fought back again and levelled scores at 13-13 before winning the game, match, and gold medal at 21.15.