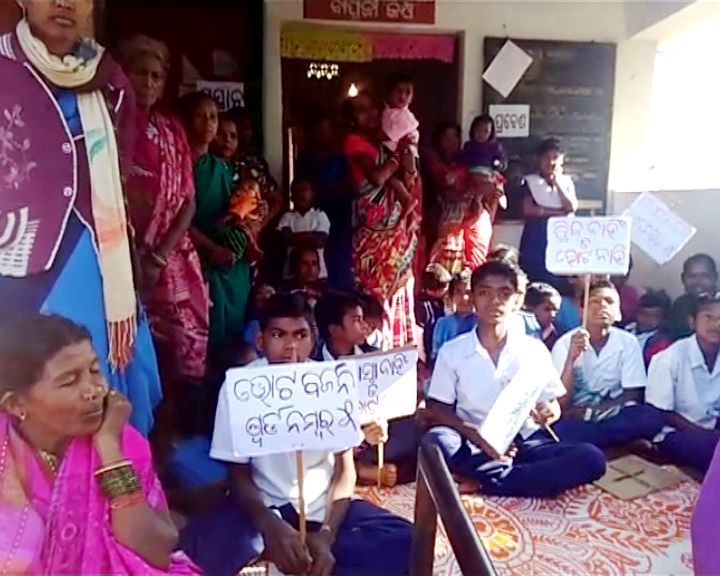 Villagers boycotted polls at several places in Odisha during the fourth phase panchayat elections in the state today.

Not a single vote was casted at 28 booths in Banarpal block of Angul district as residents of two panchayats boycotted polls over dumping yard issue in Talamula and Talamula Sasana area.

Similarly, booth no 20 of Tenua village under Bhapur panchayat in Dhenkanal district wore a deserted look as none of the villagers turned up to cast votes over road and drinking water problems in the locality.

On the other hand, around 2,200 residents of Maheswarpur village under Khallikote block in Ganjam district abstained from voting and staged a sit-in dharna in front of polling booth holding placards opposing inclusion of their village in Manikpur panchayat while it was earlier under Kanheipur panchayat.