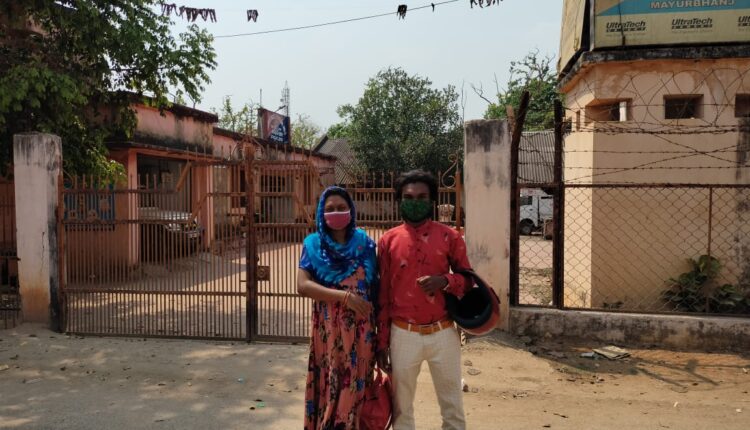 Baripada:  A pregnant woman allegedly walked around 3 kelometres to a police station after husband was picked up by the police for violating rules under new MV Act in Odisha.

The incident occurred in Mayurbhanj district on Sunday.

Following an inquiry based on allegations by victim’s husband with the SDPO, the Mayurbhanj SP today suspended Sarat Police Station OIC Reena Baksal.

According to reports, Bikram Biruli of Matkami Sahi of Nota Gram Panchayat under Sarat police limits was carrying his wife, who is an eight-month pregnant, on a motorcycle to a hospital in Udala for checkup. As the pillion rider was travelling without helmet, the woman police officer during helmet checking took him to the police station leaving his wife midway after he failed to make payment offline for violating traffic rules under MV Act.

With no option left, the tribal pregnant woman started walking to the police station after her husband did not return for hours.

“The OIC of Sarat Police Station Reena Baksal who is also a woman abandoned my pregnant wife on the road. I requested her to issue challan online, but she did not listen. I also prayed her to take my wife along with me to the police station. She abused me and locked me inside the cell for around 3 hours as an accused. My wife was waiting for me on the road for hours,” Bikram alleged.

“The police officer is a woman, but did not show sympathy towards a pregnant woman. I had all the documents of the vehicle, the only mistake we committed that my wife was travelling without helmet,” he told media.