Python with tape wrapped around mouth rescued from canal in Baripada 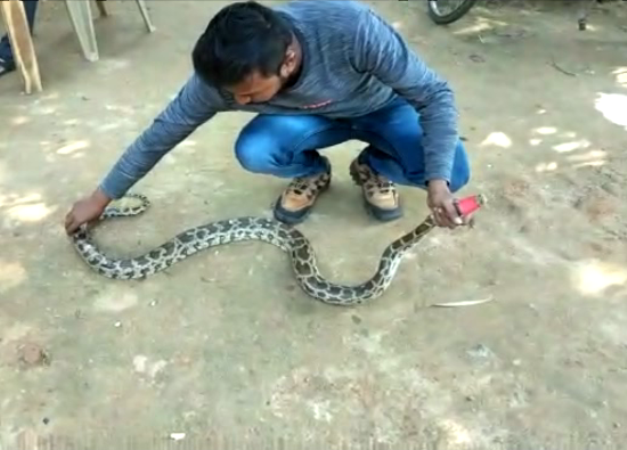 Baripada: An eight-ft-long python found with a cello tape wrapped around its mouth was rescued by the snake helpline members here today.

The incident was reported from a canal at Shirisha village in Baripada of Mayurbhanj district.

The cello tape on the reptile’s mouth suggested that the snake was reportedly being trafficked illegally.

The python was spotted by the villagers inside the canal following which they informed it to the snake helpline.

After getting information, the snake helpline member Krushna Chandra Gochhayat reached the spot and found a cello tape wrapped around its mouth. He successfully removed the cello tape and handed it over to the forest department.

The snake has been released into the nearest forest following primary treatment.

Deepika, Ranveer to marry in November