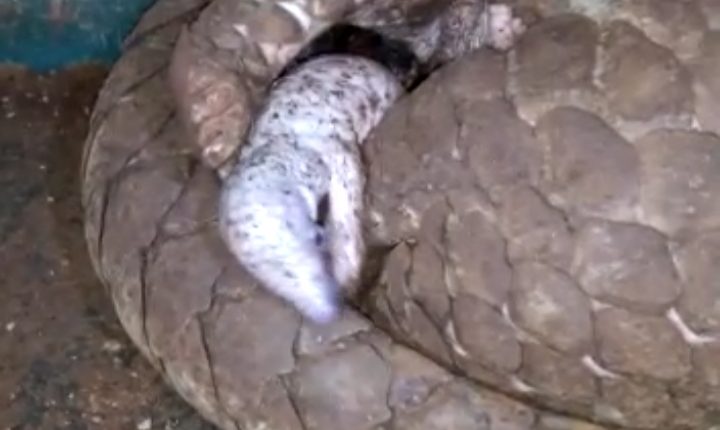 Baripada: An Indian pangolin which was rescued from a forest near Kuliana area under Baripada Forest Range in Mayurbhanj district  gave birth to a pangopup this morning.

The endangered animal gave birth at the Divisional Forest Office (DFO) here at around 9.30 AM.  The forest officials were delighted to see the rescued animal giving birth to a baby pangolin.