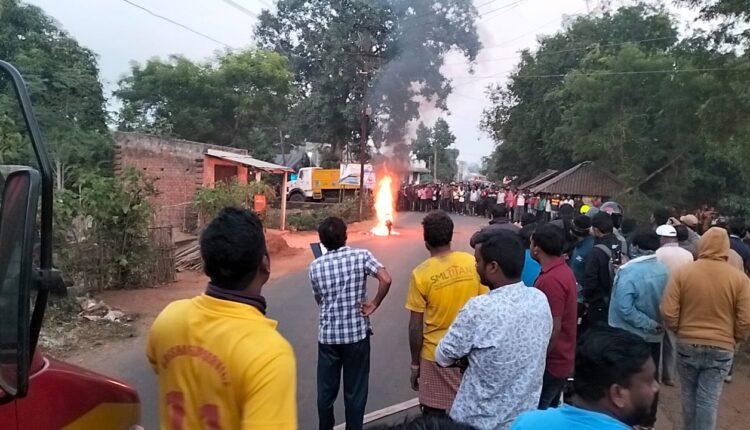 Morada: A motorcyclist narrowly escaped as the two-wheeler suddenly caught fire near Supply Chhak under Morada Block in Mayurbhanj district.

According to reports, a youth namely Ajay Mohanty while travelling on his motorcycle (Bajaj Pulsar RS200) bearing the Registration No. OD-22-V-1952) to a market area found smoke from the engine of the vehicle in the afternoon. Fortunately, he was unhurt as he suddenly alighted from the vehicle fearing any untoward incident.

The locals who were present at the site informed the fire services department following which a team of firefighters reached the spot. By that time, the motorcycle was completely gutted in fire.

The incident disrupted the vehicular movement on the main road for long hours. On receiving information, Chitrada Police Outpost in-charge rushed to the area and initiated probe to ascertain the cause of fire.

Sources said that the motorcyclist is the resident of Anandpur area in Keonjhar district. He was engaged at a construction work of a canal near Chitrada in Mayurbhanj district.