Roadside fire on Bhubaneswar-Cuttack NH panics commuters; Here’s what led to the mishap 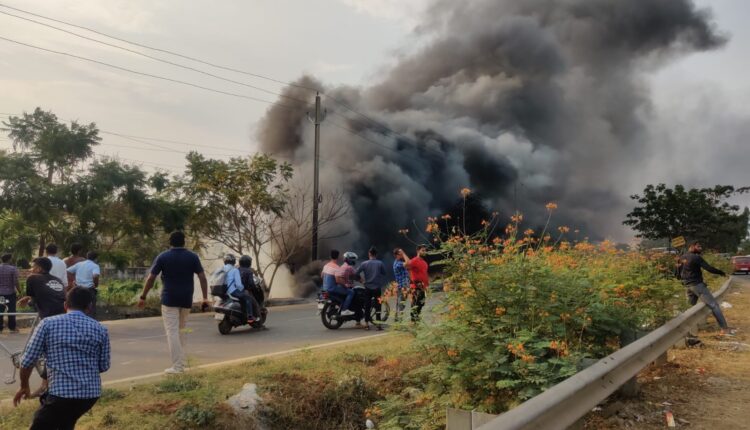 Bhubaneswar: Panic gripped commuters on NH-16 near Pahala between Bhubaneswar and Cuttack due to a major breakout of fire on roadside, today.

Thick smoke emanated from the blaze affecting vehicular movement by reducing visibility drastically near the spot as the passersby were clueless and equally frightened due to the fire mishap.

On being informed, police and Fire Services personnel rushed to the spot and doused the flames after a two-hour-long effort.

Preliminary probe revealed that an engine oil-laden truck had developed severe leakage near the spot on March 14, as a result of which hundreds of litres of the petroleum product got spilled on the road.

The incident had made the portion of the road slippery, thereby injuring as many as eight persons who were travelling on motorcycles.

Today, the flammable substance, which was yet to dry completely on the road, caught fire.

It was yet to be ascertained whether the fire broke out accidentally or someone set the spot on fire.