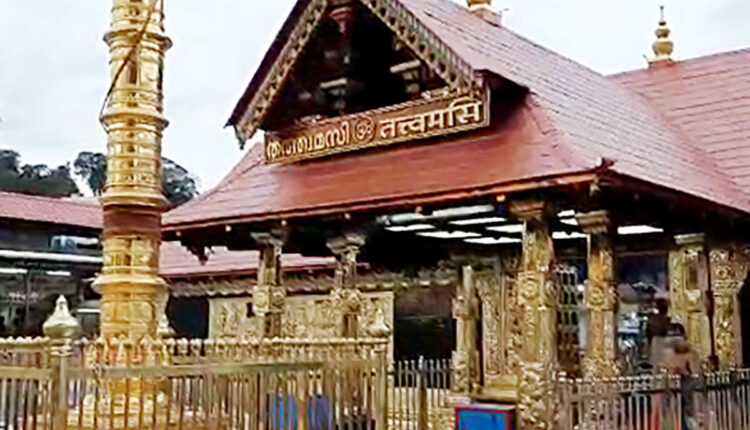 Thiruvananthapuram: All arrangements are in place for a fresh new season of the famed Lord Ayyappa-dedicated Sabarimala temple, which will open for devotees on Tuesday early morning.

The temple authorities and the priests will reach the temple later on Monday and begin their customary prayers ahead of opening the temple to the devotees at 5.30 p.m.

But with heavy rains lashing the state, things appear to be in a state of flux with authorities putting up restrictions. The holy dip in the Pamba river, a must for all devotees before they start the ascend to the temple, located in a hillock, has been banned until further notice.

It has been decided to limit the daily number of devotees to a maximum of 30,000 which should be pre-booked and in a few days from now spot booking counters will be opened as well.

According to the temple authorities, by now more than 1.3 million pilgrims have pre-booked their temple visit.

The two-month long temple season will end in the third week of January with a few days break in December.

Incidentally this temple, which is the biggest earner for the Travancore Devaswom Board, the body that runs this temple and numerous others in the south Kerala districts, for a few years since 2018 has had a troubled festival season.

First came a Supreme Court order which gave the nod for opening of the temple to all women. The temple was barred for women in the age group of 10 to 50 years and with the Kerala government determined to go forward with the apex court’s directive, the Sangh Parivar affiliates launched a massive protest and numerous clashes broke out.

And then came the Covid-19 pandemic, which halted the two-month long festival season in 2020 and this year, too, things are not that rosy as all pilgrims arriving have either to carry a negative RT-PCR test report taken prior to 72 hours or should have taken both the vaccine jabs.

The authorities have pointed out that the temple offerings and sale of “appom” and “aravana” (payasem) as the “prasad” are all ready.

The security at the temple has been beefed up, and the temple town will be now under the Additional Director General Of Police of Police, S. Sreejith and his team.

Five emergency health centres are also ready at critical points where there is going to be an influx of pilgrims and special areas have been demarcated for those who wish to take rest in case of any sort of uneasiness, said Kerala Health Minister Veena George, who hails from the Pathanamthitta district, where the temple town is located.