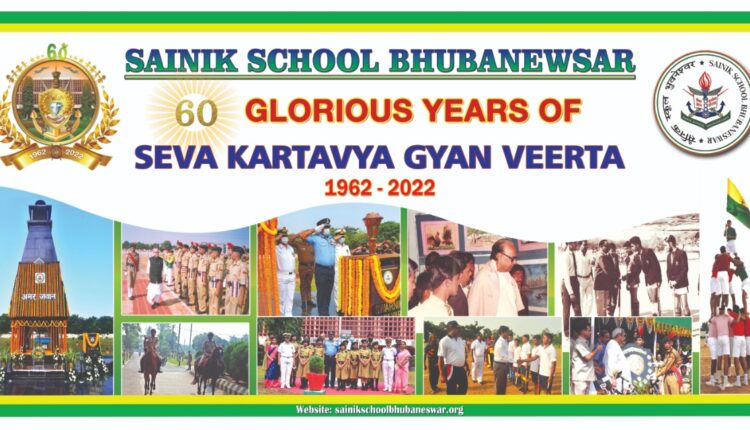 Bhubaneswar: It is said that the first education begins from the mother’s womb. Education is eternal and is to be held with divinity and reverence. A mortal man comes and goes but the process of education continues. It is also said that good education helps a nation to build and progress. Good Education transforms the children into ideal citizens of the country. A sound mind is always in a sound body. Hence, it is imperative for the institutions to create a healthy body which can be done in a healthy environment for the children to nurture their young souls into potential leaders of the nation.

Sainik Schools are designed to meet the dynamic and challenging needs of our country. Sainik School, Bhubaneswar with its mission of contributing young and dynamic officers to the Indian Armed Forces from the state of Odisha came into being in 1962.  Biju Patnaik, the then visionary Chief Minister of Odisha was instrumental in starting this school and Pt. Jawaharlal Nehru inaugurated on 15 Jan 1962.  It has till date, served the nation for 60 successful Years. During these glorious years, this premier institution has contributed considerably more than six hundred officers to the Indian Armed Forces, medical profession, engineering profession, civil services, media, political life who had been highly respectable positions and had been drawing the attention of the state and the nation. Sainik School, Bhubaneswar in Odisha is a rare example where sixteen of its alumni had sacrificed their precious lives for the cause of the motherland. On 8 Nov 2020, Capt Ashutosh Kumar sacrificed his precious life during a counter-terror operation in J& K and was awarded with Shaurya Chakra posthumously by the President of India.  The school fraternity is proud of its achievement of its illustrious OBEANS, as ten of them had risen as high as three Star Generals.  The achievements of Lt Gen JK Mohanty, Lt Gen KPD Samanta (Late), Lt Gen AK Samantara, Lt Gen PK Rath, Air Mshl JN Burma, Air Mshl SK Bhan, Lt Gen Partha Mohapatra, Lt Gen PC Thimmayya, Lt Gen NP Padhi, V Adm Anil Kumar Chawla.  These sparkling Saibhubans are regarded with honour and great admiration by the present-day cadets.  The exemplary services rendered to the nation by the other senior defence officers of this school like Maj Gen Sudhakar Jee, Maj Gen Suresh Mohanty, Maj Gen AK Pattanaik, R Adm NK Mishra, Maj Gen Arup Sasmal, AVM Maharaj Mahanto, AVM Manas Mishra, Maj Gen S Panigrahi are noteworthy. 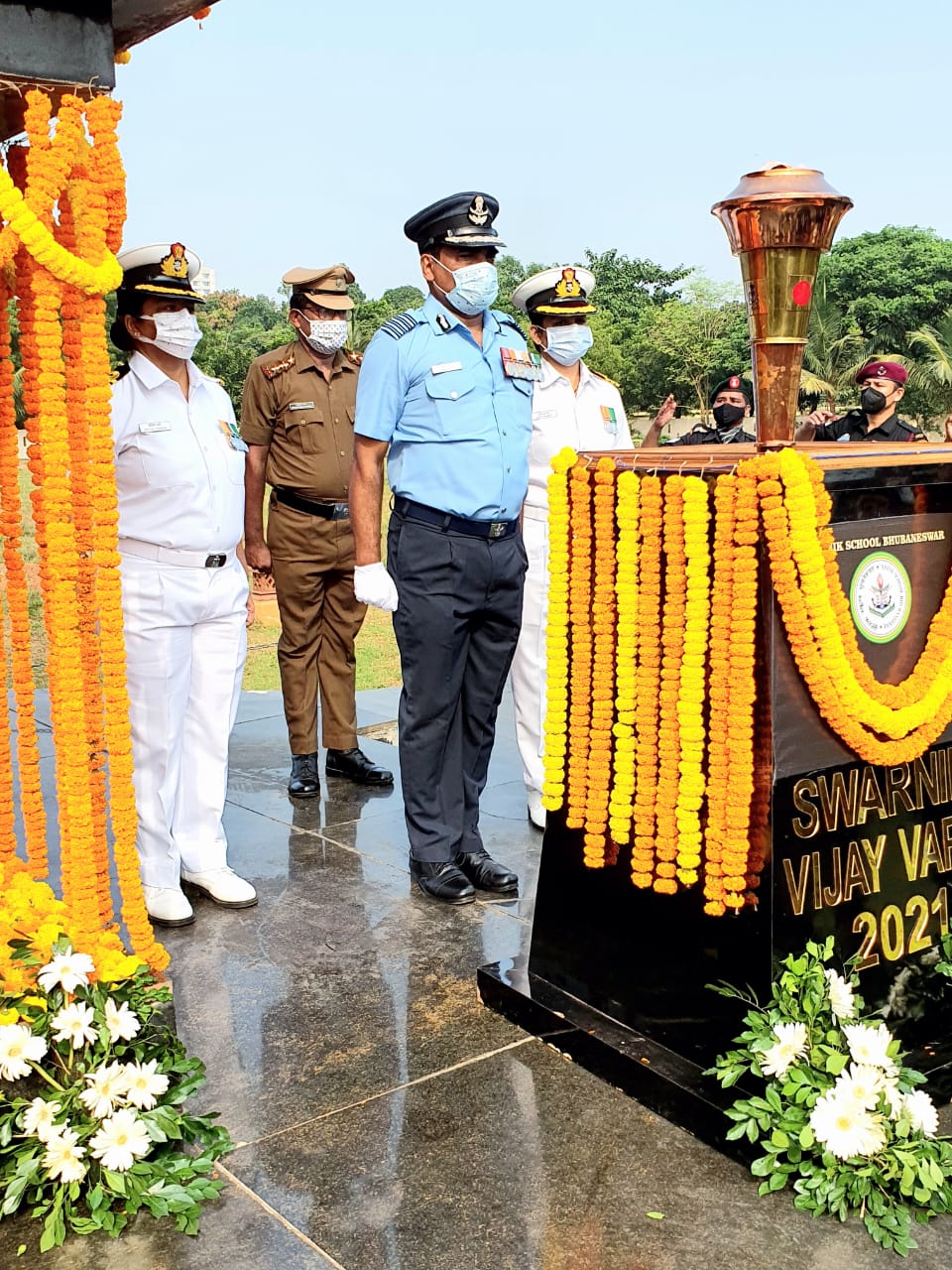 On 1 Feb 2022, the Sainik School Bhubaneswar is completing its 60 years of service to the nation and is scheduled to celebrate its Diamond Jubilee.

This premier institution has always strived hard for all these six decades for the balanced growth of the cadets and thus laid adequate emphasis on academic, co-curricular and extra-curricular activities.  Apart from academic performances, the cadets had excelled in other walks of lives and possess proven records as winners in All India Sainik Schools Hockey and Football Championships. The school has made all its efforts and had provided compulsory NCC training, music, photography, swimming, horse riding, gymnasium, art and craft, public speaking, UPSC and SSB trainings.

All these 60 years the Sainik School education has not only sought success in good examination grades but had also emphasised deeper sense of feeling for each other with true camaraderie ship whether it is physical or mental growth.

Recently, the school had inducted ten girls for the first time and the fraternity wishes them a great career ahead in their lives. The old boys of the school are great sources of support and strength for the school in difficult and challenging times.  The school wishes the newly elected President, Hardaman Singh, Vice President, Madhu Sudan Padhi IAS (Addl Chief Secretary, Odisha Govt), Secy, Cdr Dinesh Swain (Retd) and Jt Secy, SR Mohanty of OBA.

The motto of the school is Seva, Kartavya, Gyan, Veerta. The institution had always tried to put all its efforts by dedicating itself to the cause of the education and had endeavoured to nurture the young minds into useful citizens who are physically and mentally strong and firm with their hard-earned values. I am sure these cadets with their flame of indomitable courage and passion to do excel always will become the new range of leaders of this country and will definitely turn the tide for good. These future leaders will make things count for good and set new benchmarks in the days to come, said a senior official of the school.