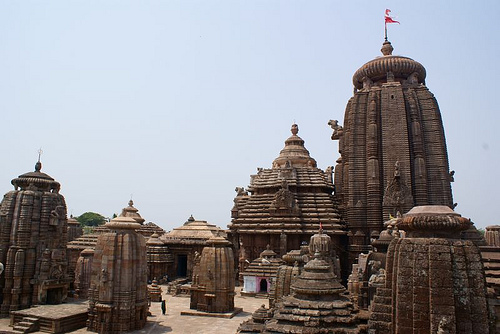 Bhubaneswar: While the government is taking initiatives to preserve Odisha’s rich heritage and culture, not a single shrine in temple city Bhubaneswar has lightning arrester earthing system except Lingaraj temple.

Amidst several casualties in lightning strike reported from across the state, the ancient temples describing the rich art and culture of Odisha are existing without having safety system.

Even as the ASI and State archeology department are spending crores for safety, preservation and maintenance of the temples, the ancient heritage is likely to be destroyed as there is no earthing system installed in the temples so far.

However, the Lingaraj temple, which is only shrine with earthing system, is not safe from the lightning strike.

Although, the earthing wire covers entire temple, it is not connected to the main earthing on the ground.

As the wire is disconnected with main earthing due to floor work of temple in the past one and half year, the shrine is prone to lightning strike, alleged the servitors.

However, the temple will have advanced earthing system to arrest the lightning, the ASI source said.

As there is no earthing system in these above temples, they are likely to be more affected by lightning.