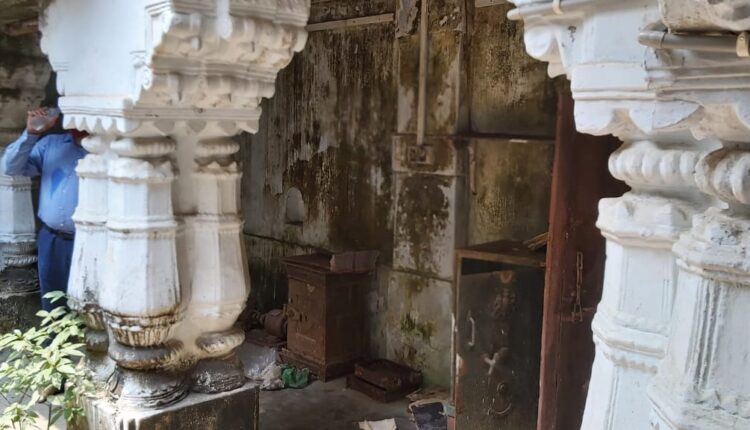 Puri: A day after a trust appointed by the Commissioner of Endowment took over possession of Emar Mutt in Puri, a few silver ingots was recovered from the centuries old religious institution.

Source said that as many as eight silver ingots were found from room number 4 of the Emar Mutt while evaluating its assets during process of handing over the charge to the trust.

Yesterday, the Commissioner of Endowment appointed trust had taken over the charge of the mutt from the ‘tainted’ Mahant Rajgopal Das, who was arrested earlier and sent to jail in connection with a silver ingot theft case in 2011. The trust members took the possession and estimated the cost of all valuables including gold and silver items belonging to the religious body.

The incident reminds of the findings of ‘hidden treasure’ from the mutt in the year 2011 when the Endowment Commission officials had stumbled upon 522 silver ingots weighing about 18 tonnes valued to be over Rs 100 crore. The huge stock of silver bricks was discovered from wooden containers placed inside a room that was closed from all sides by brick walls.

According to reports, following the discovery, the Endowment Department had appointed an ad-hoc body to continue the conduct of daily rituals of deities inside the mutt. After Mahant Rajgopal Das was released on a bail, he did not cooperate with the trust. Later, two successive trusts were constituted to manage the daily affairs of the mutt.

In 2019, Mahant Rajgopal Das had also hit the headlines while eviction drive around the Jagannath Temple was being carried out by the district administration in Puri. Despite repeated notice and efforts by the district authorities, the seer refused to vacate the mutt and remained stick to his decision by not calling off his silent protest.

Puri eviction drive halted for some time as mutt chief…