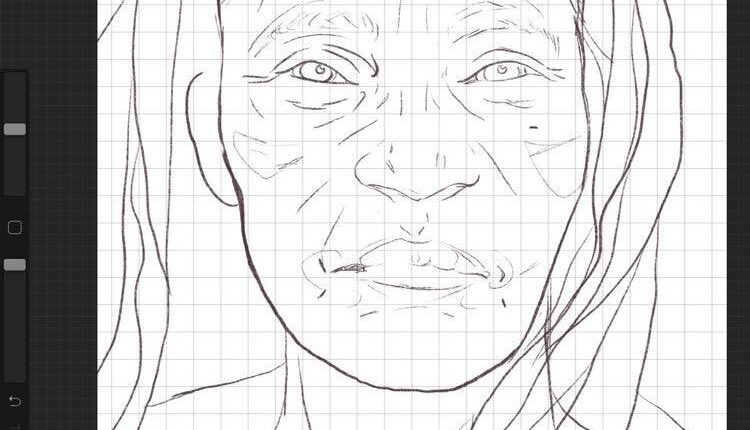 Bhubaneswar: The Commissionerate Police today released the sketch of the deceased woman, whose skeleton was found inside a seized vehicle on premises of Janla Police Outpost on outskirts of Bhubaneswar city in February this year.

The sketch was drawn by experts from Bengaluru on basis of the skeleton of the unidentified woman, said Bhubaneswar DCP Umashankar Dash.

The police will release more sketches of the woman and will sent to other police stations to ascertain the identity of the deceased woman.

Police source said that skull, bones, cheekbones, structures required for drawing face and post-mortem summary were sent to a laboratory in Bengaluru.

The post-mortem report revealed that that the skeleton had 206 bones. The deceased woman was wearing a green sweater, four aluminium bangles on her right and she was malnourished. She was 164 cm tall.

The skeleton was found on February 12 from an SUV seized by Berhampur Police in 2019 and kept on complex of the Janla Police Outpost under Jatni police limits.

During primary investigation, the Janla Police Outpost In-charge Satyabrata Grahacharya was placed under suspension for dereliction in  duty.

Following recovery of human skeleton, the Commissionerate Police had sent it to the AIIMS Bhubaneswar for post-mortem. The report revealed that the skeleton was of a woman aged about 45 years.

Later, the skeleton was sent to Hyderabad for skull mapping and Bengaluru for more scientific examination.

The skeleton recovery from the seized SUV on police outpost campus came to fore on March 13 raising questions on transparency of police.

Samsung announces sale of mid-range Galaxy A52, A72 in India