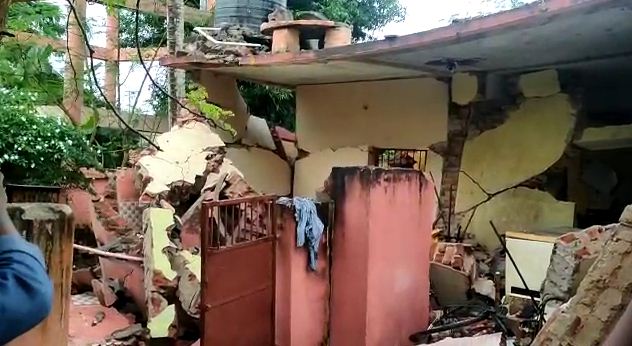 Bhubaneswar: Couple of days after the explosion at Balanga police station in Puri district, Superintendents of Police and DCPs of Bhubaneswar and Cuttack were asked to ensure safe keeping of the seized explosives outside the police station Malkhana.

In a letter to the SPs and DCPs, the Additional DGP of Crime Branch said explosive materials, corrosive substances and highly inflammable materials should not be kept ordinarily in the Police Station Malkhana.

If there is an extreme necessary to keep the seized explosives in the Malkhana, the same can be done only after due examination by the bomb disposal squad or other specialized agencies, the letter read.

“Awaiting the examination, such seized materials should be kept outside Police Station Malkhana after taking necessary safety measures. In case it is not safe to keep such material at Police Station Malkhana, the assistance of Bomb Disposal Squad and other specialised agencies be taken for diffusion / destruction of the same with due intimation to the jurisdictional court,” the Additional DGP stated.

The SPs were also directed to entrust SDPOs/DSPs to visit all the P.S Malkhana of respective districts by October 5, 2021 and take steps for the safety of the Malkhana.

On September 27 late night, a massive explosion took place inside the Balanga police station. The impact of the explosion was so high that the police station’s roof and a portion of wall caved in.

Many documents, devices and furniture were also destroyed in the explosion. As there were few personnel at the police station, no one was injured in the mishap.