Star war in BJD and BJP 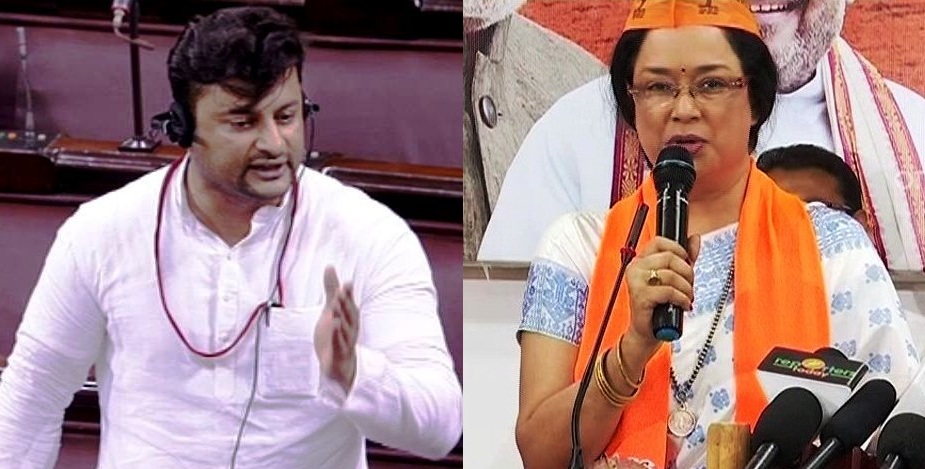 Both the parties in power-one in the state and another at the Centre-have packed their star campaigner list with a host of starry faces. The BJD arsenal has veteran stars like Prasanta Nanda, Uttam Mohanty, Siddhant Mohapatra and young actors like Akash Das Nayak, Arindam Ray and Kuna Tripathy.

Similarly, the BJP has a star-studded campaign pack with Mahasweta Ray, Anu Chaudhary, Mihir Das, Sritam Das and Pinki Pradhan. Even popular film star Aparajita Mohanty, who had unsuccessfully contested 2014 Lok Sabha election from Cuttack on Congress ticket, has in the meanwhile joined BJP and readies for campaigning in favour of the party candidates.

BJD, however,  has dropped two-time Berhampur MP Siddhant Mohapatra. He may be accommodated in some other assembly segments, party sources said. The party has still left some assembly seats for announcement. Star-turned Korei MLA Akash Das Nayak, who is waiting for renomination, said, “If I get party ticket, I will start campaigning immediately. If don’t get ticket, I will campaign for other party colleagues”.

Veteran star Uttam Mohanty said, “I am in BJD. Wherever, the party will ask me to go, I will go there for campaigning”.

However, Congress this time, has not relied on star power. Though, the party’s star campaigner list has the names of national level film stars like Mohammed Azharuddin, Raj Babbar and Vijaya Shanti.

Pradesh Congress Committee vice president Arya Kumar Gyanendra  said, “In Odisha, there is hardly any impact of film stars on electoral politics. That’s why we don’t depend upon star power”.

According to film critic Surya Deo, film stars are crowd pullers in the election meetings because of their popularity. “However, they have to learn the art how to convert their popularity into votes”, he said.